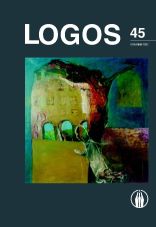 Summary/Abstract: This study is dedicated to the discussion concerning change in the field of aesthetic inquiry which has manifested itself during the last decades in postmodern aesthetics. It concentrates on metamorphoses in the subject of aesthetic inquiry and the changes in the problematic of postmodern aesthetics caused by the influence of Eastern aesthetics traditions and the electronic media. All these changes initiate the manifest expansion of aesthetic theories and penetration of daily life culture by aesthetic phenomena. Such a penetration was significant to non-European aesthetic traditions, but of no importance to Classical Western aesthetics. The limits of contemporary aesthetic science were considerably expanded and deprived of distinct determinations; the attitude to the subject of that science and to the field of its main problems changed. Aesthetic inquiry penetrates new territories previously treated as unaesthetic and includes them in the field of the significantly expanded field of aesthetic objects, the subjects of investigation of contemporary aesthetics. The rise of these new problematic fields is directly related to the rapid development of means of communication in the culture of super-civilisation, to the modification of aesthetic experience, to the disappearance of boundaries between different spheres of life. The most characteristic traits of contemporary aesthetic thinking are the intensification of the circulation of aesthetic ideas between different cultural worlds and the migration of various artistic symbols and aesthetic concepts to spheres previously regarded as unaesthetic. The new postmodern aesthetic experience surpasses the limits of aesthetics established by traditional Western metaphysics, enriching the content of aesthetic inquiry by the traditions of different cultures and their junctions, expanding its territory within the limits between the harmony of the Universe and the aesthetic topology of the body. These changes were caused by the rise of the problematic fields which were previously situated on the margins of academic studies. It looked as if a multitude of rivulets suddenly ran out of the integral, purified torrent of classic academic aesthetics, each of them claiming the uniqueness of the subject of its aesthetic experience. The monolithic classic academic aesthetics were transformed and split into many local "aesthetics" and art philosophies, which interact with various, previously regarded as unaesthetic, spheres of culture, social and daily life: the aesthetics of atmosphere, landscape, forest, park, water, body, thing, city, daily life, technical design, detail, medicine, sport, advertisement, fashion, feminism, media, multimedia and many other local aesthetics which show the mobility, dynamism, manifoldness, fragmentariness and constant expansion of territories of aesthetics.