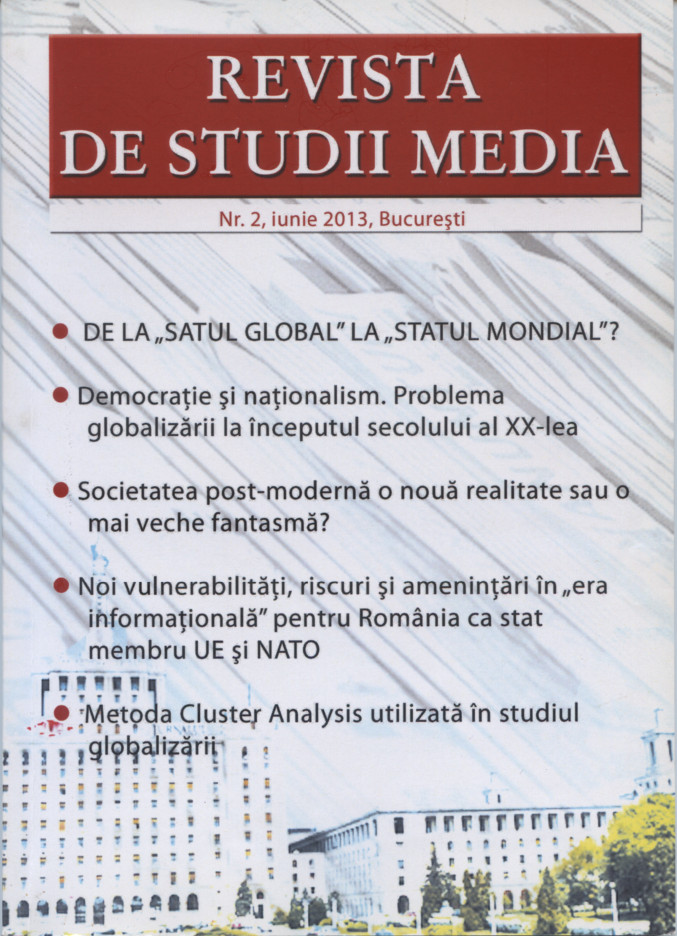 Summary/Abstract: The postmodern society is not quite a novelty. It is the neoliberalism, issued in United State during the 70-80, which advocated the free flow of commodities almost, all over the world. Globalization is the description of the late economic capitalism, i.e., corporation capitalism. In other words, the marketing becomes the main instrument of economic strategy, and not only economic. The cultural industries, the sports, the University, all of them are challenged to develop a marketing logic. The postindustrial society, or postfordist society, or information society, or postmodern society means on the other hand, a lot of turmoils and deep changes in societal groups, in culture, in political activities and so on. The multiculturalism, the tolerance, the media culture, the great narratives who became narratives among others, the possibility of different cronologies etc. are only some issues of postmodernist imaginary. In such circumstances, the role of the States is also in an adjustment action. François Lyotard, Michel Foucault, Jean Baudrillard are the main philosophers who established and described the postmodern condition. In other words, what we are saying, is that postmodernism means everything and nothing specific.