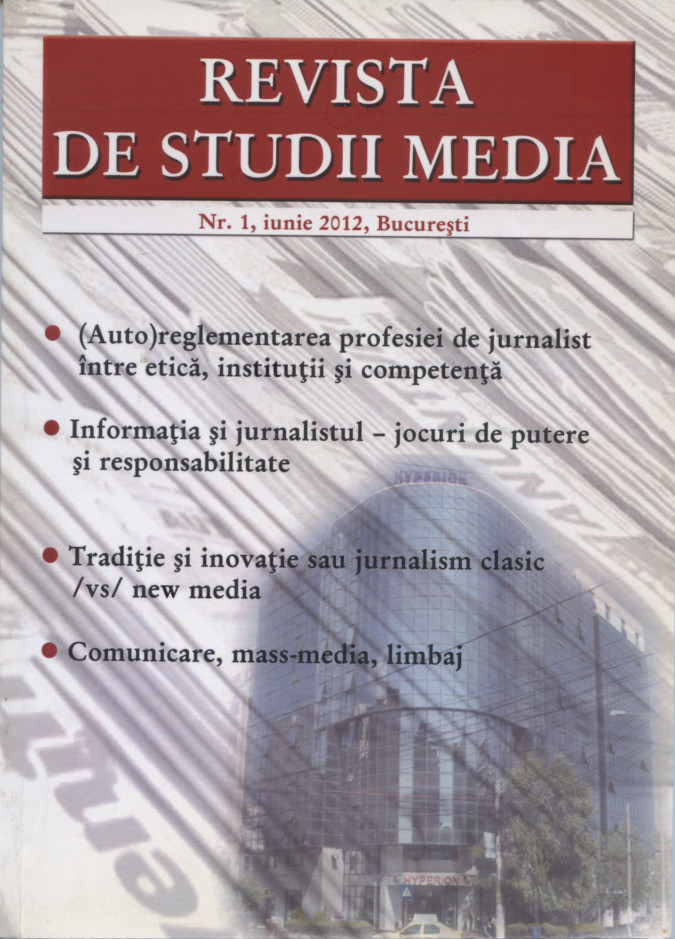 Summary/Abstract: Since the early times of democracy, the role of media in preserving the freedom of opinion and information was in the core of constitutional provisions, but also a key point in all the declarations of principles, both in the USA and Europe. Media is considered the voice of the people, of civil society. Media freedom is the freedom of the people. But this freedom is balanced by responsibility – which is the loyalty of each journalist/media organization to his audience. The sense of responsibility is shaped by rules, principles, ethical values combined with professional skills. The so called advanced media forged during centuries coherent sets of organization rules, able to fulfill the media role in a democracy. The French pattern could be an important model for Romanian media, because of its coherence, clarity and flexibility.