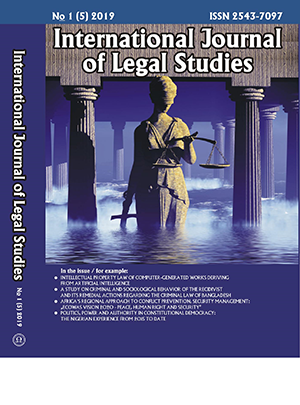 Summary/Abstract: Politics, power, and authority are concepts in political science that have to elude precise description or apt definition because of the divergent views of the layman, scholar and the political analysts on the issue of politics, what power connotes and how authority is constitutionally recognized as legitimate or rightful by individuals or group. The obvious thing among these terms is the striking and often shared relationship that exist between and among them. While politics exist to pursue power, power is sought to exercise authority and pursue an interest which can either be narrowly or broadly defined in a constitutional democracy. Thus, the thrust of this paper is to assess the nitty-gritty of politics, power, and authority in Nigeria from 2015 to date with reference to constitutional and leadership roles of political actors, elected representatives and power relations among the three organs of government in a constitutional democracy. Finally, the paper recommends among others that there is a need for enlightenment program on executive – legislature relations, a collaboration between the executive and the legislature, effective observation of the principle of separation of powers and effective oversight functions and independence of the legislature and its leadership.