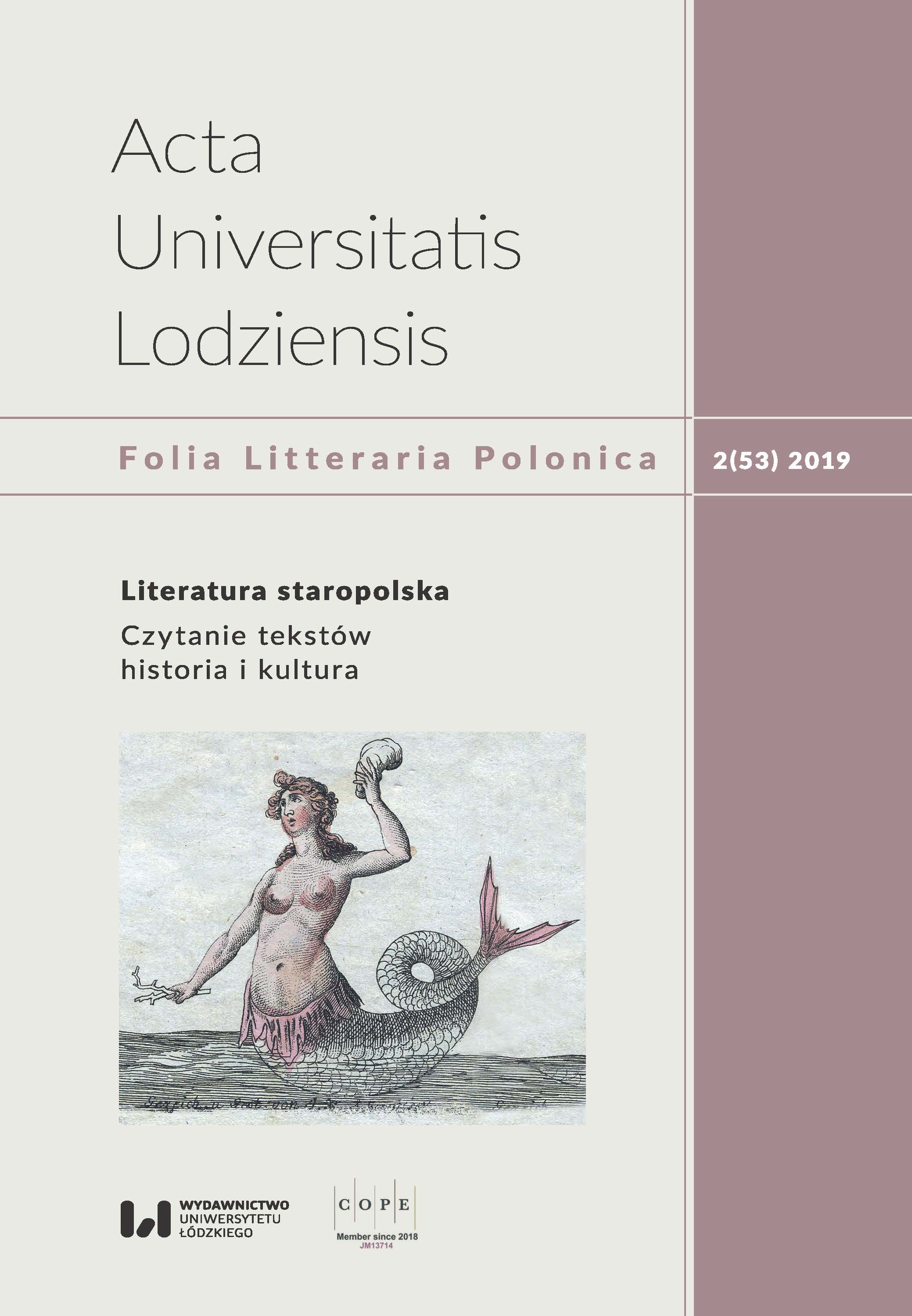 Summary/Abstract: The study is the first part of two-volume review of research methodologies, with the help of which in the last two hundred years the works of Old Polish writers, especially Samuel Twardowski, Marcin Paszkowski, Mikołaj Rej, Jan Kochanowski, Piotr Skarga and Wespazjan Kochowski and others were read and interpreted. I took a look at the history of methodology from the first decades of the 19th century until the outbreak of World War II. The starting point of the study are deliberations devoted to the notion of masterfulness and the rules of shaping the canon of Old Polish literature. After the withdrawal of Rhetoric as the native methodology, with the participation of Old Polish texts, the instruments used to read them became leading in individual periods of literature ideologies and philosophical currents. Thus, the historical interpretation of the literary work was abandoned in favor of adaptive interpretation. I took a look at the works from the panoramas showing the review of the entire Old Polish literature to detailed dissertations, studies, sketches and contributions. These studies took the form of annotated bibliographical lists, historical and literary syntheses, monographs of genres and works of individual authors. The scholars of the Enlightenment were primarily using the bio-bibliographic method. They were trying to give a view to the whole history of Polish literature. The beginnings of the history of Polish literature are connected with concern to the high quality of the Polish literary language. The critical view of literary works is interlaced with the prospect of literature as a tool for teaching history, because in writing could be noticed the so-called state of the nation’s spirit. Examined are structure and style of the works, their impact on collective emotions on the ethical layer and in the sphere of the imagination. Historiosophy played a leading role in shaping the methodology. The analysis includes views and methods of reading literary works used among others by Feliks Bentkowski, Eusebius Słowacki, Kazimierz Brodziński, Adam Mickiewicz, Wacław Aleksander Maciejowski (who based his vision of Old literature on the concept of Hegelian three phrases: folk, national and national-folk), Piotr Chmielowski and Bronisław Chlebowski (both represented Positivistic genetism, the second scientist also used anthropogeographic concept of Karl Ritter), Alexander Brückner, Stanisław Turowski, Ignacy Chrzanowski and Juliusz Nowak-Dłużewski who entered the post-war period. The review presents that for the former researchers more important than the autonomous value of the Old Polish work was functioning of its message according to the needs of the readers of modern times. We owe the work of former scholars preservation of the Old Polish writers’ output for the following generations.