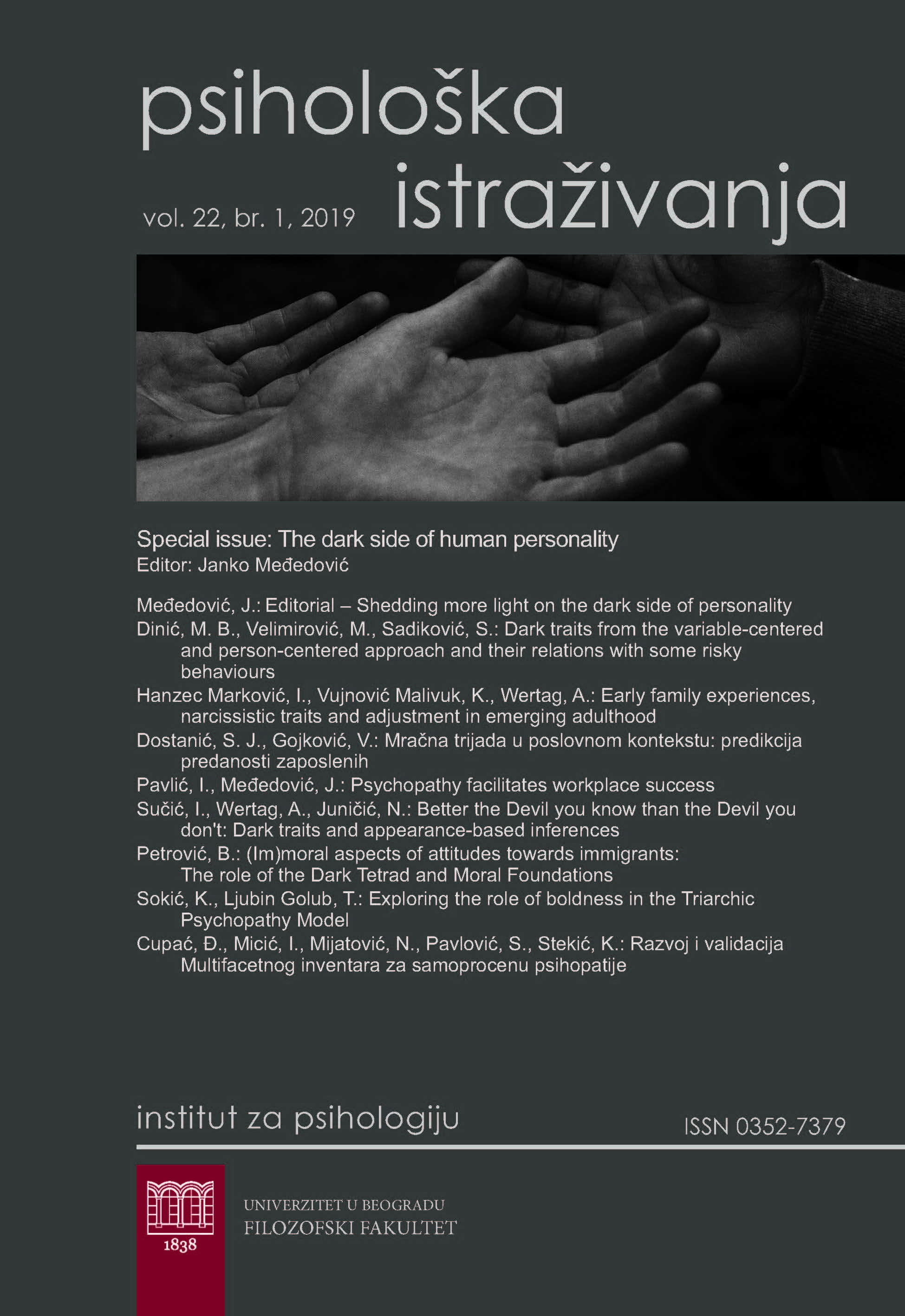 Summary/Abstract: Psychopathy may be related to some adaptive outcomes in the work place environment. This phenomenon is called corporate psychopathy and it is based on the assumption that the corporate environment positively selects for psychopathic features, especially in top management. We tested the hypothesis of positive relations between psychopathy traits and workplace success indicators in the sample of 212 working adults (69% females; Mage=33.55[SD=7.38]). We measured psychopathy using the Psychopathy Personality Traits Scale (analyses were performed on two empirically extracted factors from the items of this scale,labelled as Ruthless manipulation and Lack of empathy). We explored work placesuccess using four variables: 1) managerial vs. operational position in the company,2) variation in monthly salary, 3) variation in the received bonus for the previousyear’s performance, and 4) self-reported success in performing job tasks. Correlation and regression analyses provided very similar results: Ruthless manipulation was more pronounced in individuals who were in managerial positions, and those who received a bonus for their performance; Lack of empathy was positively associated with the bonus and self-reported performance success. Ruthless manipulation had a positive zero-order correlation with monthly salary as well, but it did not have an independent contribution to the prediction of this criterion measure.The study results are congruent with the hypothesis that psychopathy is positively associated with various indicators of success in the workplace context. The findings can be interpreted using the concepts of corporate psychopathy and successful psychopathy in general.