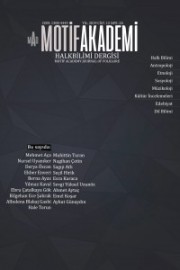 Summary/Abstract: Friedrich von Schiller is one of the most prominent German writers. Along with Goethe, they create the duo of the leading German writers. In addition to this, Schiller plays an important role in world culture. F. von Schiller (1759-1805) was born and developed as a creator in an exceptionally dynamic political and cultural period for Germany and Europe. He even qualifies as one of the protagonists who influenced European dynamism in the political and cultural dimensions. Schiller is known as a poet, historian, and philosopher, but priority is given to his identity of a playwright. The main theme of his works, starting from his first play, which will concurrently be the main subject of this paper, is freedom. Even though in his earlier plays, he protects the heart's rights from the violent policy of the princes, in his later works being a good connoisseur of history, he chooses characters from history.