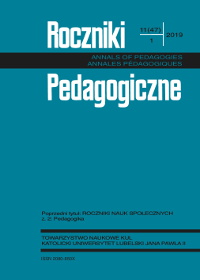 Summary/Abstract: In the field of Western culture, the issue of use (retention) or rejection (abolitionists) of the death penalty is now discussed not only by lawyers, ethicists, philosophers of law, theologians, but also by politicians, journalists and ordinary citizens. The problem is really complex and difficult. The death penalty is the harshest and oldest punishment legally or illegally used in almost all cultures of the world both in antiquity and today. The death penalty is, by its nature, irreversible, the harm done to the convict is impossible to repair.The relationship with the death penalty for long centuries was determined by Saint Thomas Aquinas. God, punishing his brother’s murderer, protects him against people who would kill him. “Even the killer does not lose his personal dignity and God makes himself its guarantor.” The theological approach to the death penalty is based on the conviction of the sanctity of life of every human being, which results in the principle of its inviolability. “Man’s life comes from God, is his gift, his image and reflection, participation in his refreshing breath. That is why God is the only Lord of this life, man cannot dispose of it [...]” .The approach to the death penalty of the Catholic Church has personalistic features that allow even the criminal to rehabilitate. Therefore, he believes that when a person is treated as the creator of himself, he will want to change.