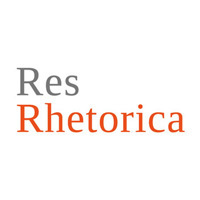 Summary/Abstract: In the period of People’s Poland (Polska Ludowa), and the Polish People’s Republic (Polska Rzeczpospolita Ludowa), the way of commenting on current events by socio–cultural magazines was a test of political correctness, to which they were forced by the authorities. This is demonstrated by the special issues related to the cult of Joseph Stalin published by many magazines, including "Odrodzenie" (1944–1950), "Kuźnica" (1945–1950) and "Odra" (1945–1950). Due to censor's interference, the articles appearing in print, as in the case of "Odra" in Katowice, were often diametrically different from the original versions. In the article, the strategy of editors trying to bypass censorship was presented, primarily on the examples taken from "Odra". From the rhetorical perspective, one can observe, among others, desperate attempts to maintain the credibility of the editors through the maneuvers in the field of invention, such as the selection of elements that would signal to the reader the lack of transparency and alienation of the authorities’ discourse.