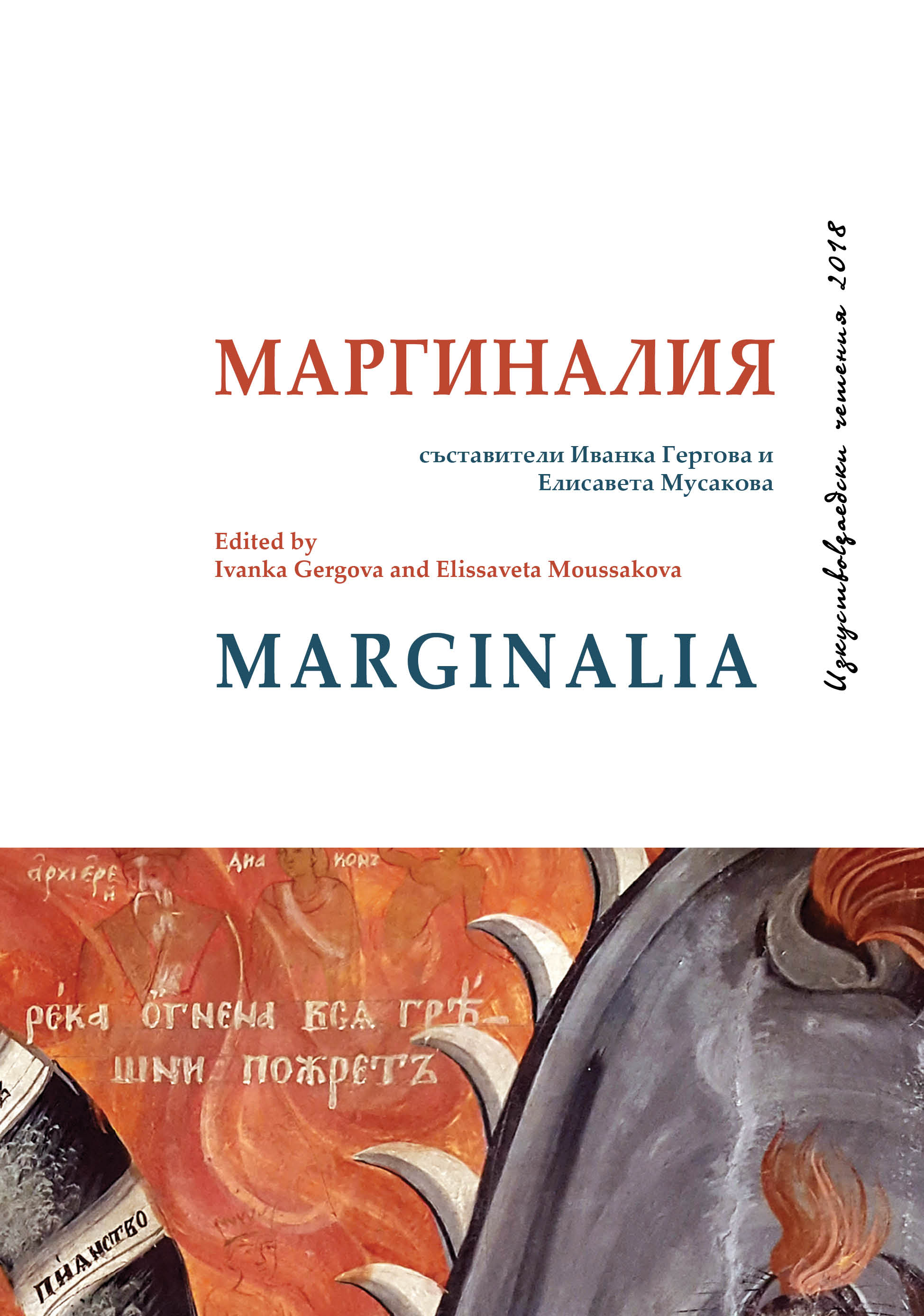 Summary/Abstract: In South Bulgaria, close to nowadays’ cities of Pazardzhik and Plovdiv, lies the village of Patalenitsa. The Church of Saint Demetrios has remained from Byzantine times. Its plan is of the cross-in-square type. In 2011–2012 the last phase of the restoration of the medieval mural paintings in the church was carried out. The preserved fragments on the westerns side of the eastern piers located under the cupola, amongst which probably passed the templon of the medieval church, are valuable for the identification of the saint patron. The images of the Virgin with the Child and an unknown saint in a rectangle frame are depicted on the north pillar, while St Demetrios is depicted on the south pillar. The iconography of St Demetrios in the Patalenitsa Church is significantly different from the well-known iconography of the saint with a short hairstyle. In Patalenitsa he is depicted with medium-length hair, separated in two locks. A number of early examples show that this iconographic variation exists in parallel with the well-known iconography of the saint, depicting him with a short hairstyle, but all the examples, depicting St Demetrios with locks date from the end of the 10th and the whole 11th century to the beginning of the 12th century at latest. We are not talking about a regional phenomenon, but maybe about a decision of the capital, as St Demetrios is depicted in the observed iconographic version also in the famous miniature with the portrait of Emperor Basil II in the Psalter, today in the Marciana Library, Venice (cod. Marc. gr. 17, f. IIIr). The above-mentioned gives us a reason to suggest that the murals in the Patalenitsa Church reflect precisely the commented iconographic variation of St Demetrios and this iconographic particularity suggests a date from the 11th century to the very beginning of the next century and not later. The identification of St Demetrios on the pillar under the cupola justifies the assumption that the medieval church was dedicated to the Thessaloniki martyr.