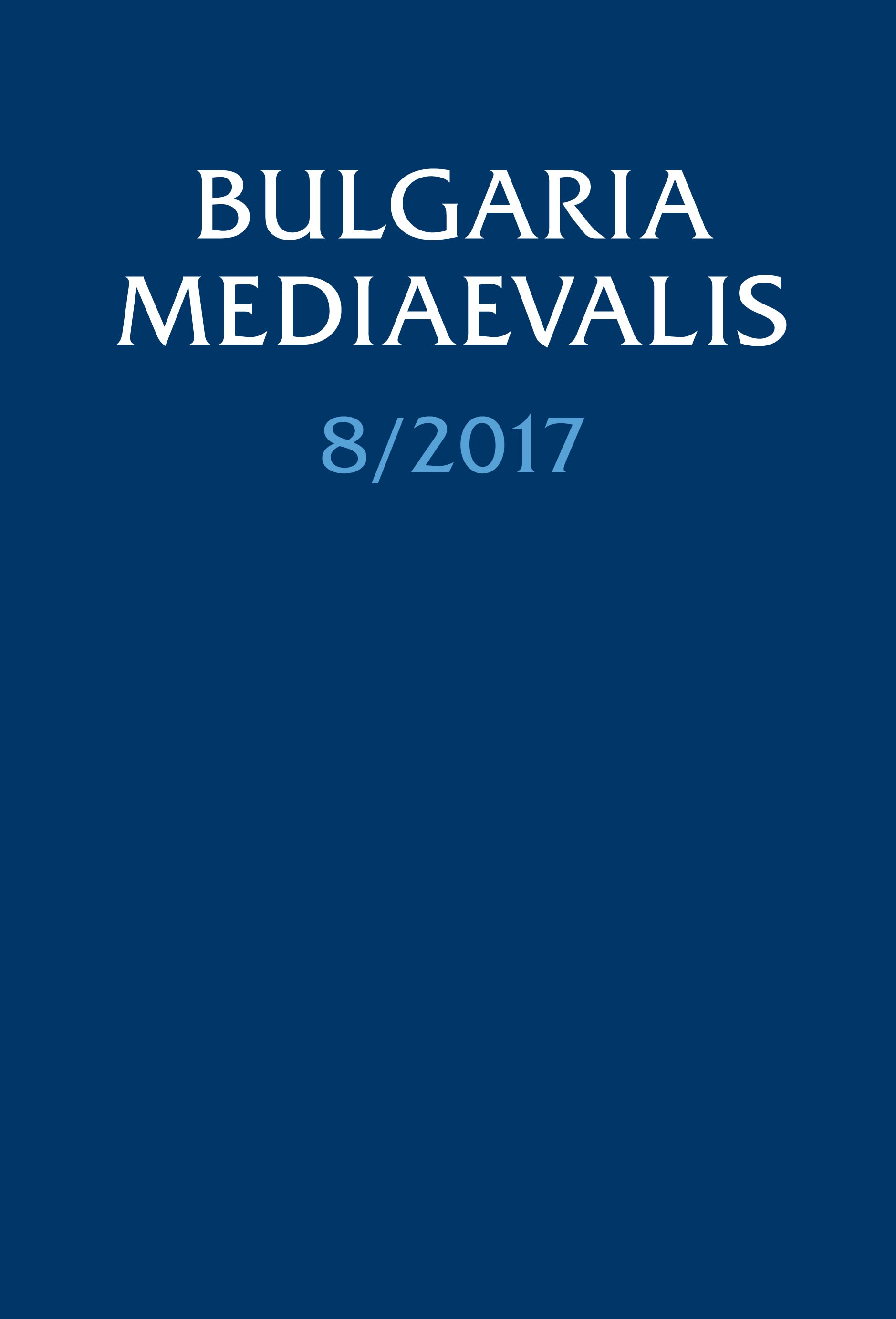 Summary/Abstract: In 2011–2012 the last phase of the restoration of the medieval mural paintings in the church of Saint Demetrios at Patalenitsa (Pazardzhik district, South Bulgaria) was carried out. Mural fragments are preserved in various parts of the church inner space: mainly in the altar space, on the south wall and on the piers under the cupola and arches. The lower registers of the altar depict standing saints, amongst which are included not only bishops, but also monks, martyrs, holy women, etc. The frontally depicted images of the bishops in the altar of the church in Patalenitsa reflect a familiar pattern, which shows that they date from an earlier period – before the middle of the 12th century. The remaining fragments on the western side of the eastern piers under the cupola, in between which the templon of the Medieval temple was probably located, are valuable for identifying the patron of the church. Identifying Saint Demetrios on the column also confirms the assumption that the medieval church was dedicated to the Thessaloniki martyr. The Patalenitsa murals are an example of a planar linear trend in painting. Some iconographic features, the insecure poses, stiff gestures, the outlined typified faces, the geometricized and contingent folds suggest for a commission, carried out separately from the artistic center. The closest stylistic parallel to the Patalenitsa murals could be pointed out in the painting of the church of Saint Sophia at Ohrid, the narthex of the Saint Sophia at Thessaloniki and the murals of a few other churches located on the territory of Southwestern Bulgaria and the Republic of Macedonia. The specified stylistic parallels point us in the direction that the mural paintings in Patalenitsa probably date from the middle or the second half of the eleventh century.