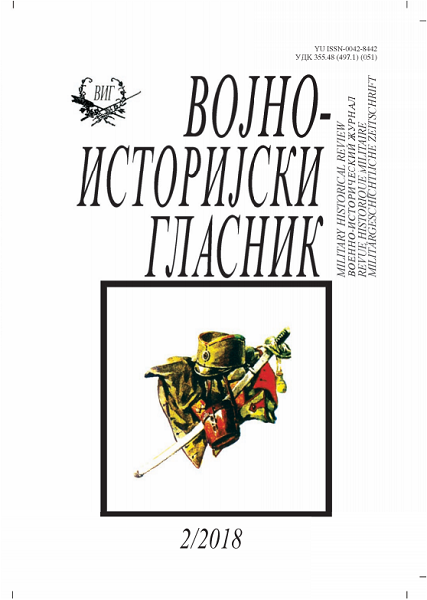 Summary/Abstract: The article describes the life of Captain Nikola Kijnovic who descended from the surroundings of Prijepolje. It particularly focuses on his career as the king’s officer in the course of the interwar period, i.e. his behaviour within the structures of Yugoslav Army in the Homeland during the Second World War. The successful pre­war career, crowned with two promotions and transfer to the air force of Yugoslav Army, was followed by, in many aspects, less glittering wartime career. Captain Kijanovic was less successful in his efforts to levitate, under the circumstances of devastating ideological and religious war, between the interests of legal and illegal Chetniks, Italian occupier and his compatriots in the area of his hometown Prijepolje. Thereby, his devoted work for Yugoslav Army in the Homeland cannot be denied. Competent authorities, however, dismissed him from the service and even sought his liquidation in mid­1943. Fleeing from the former fellow soldiers, Kijanovic was caught by GESTAPO at the beginning of 1944 and consequently spent the last years of war in the dungeons of German prisons far away from the heights he once used to fly at.