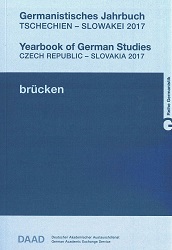 Summary/Abstract: In the Bohemian lands of the 19th century, the language in which bilingual writers chose to write amounted to a statement of their nationalist loyalties as either German or Czech. As a translator, Siegfried Kapper (1820-1879) was one of the most important mediators of Czech literature in the German-speaking regions. His Czech poetry collection České listy (Bohemian Papers), in which he wanted to integrate his Jewish identity into the young Bohemian patriotic movement, met with negative, anti-Semitic responses, so that he turned to German as his chosen literary language. Taking Kapper as an example, this paper examines the conditions in which bilingual authors moved between languages and throws light on the ambivalent role of Jewish mediators in the intercultural transfer process.