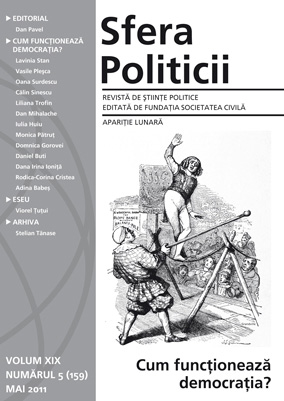 Summary/Abstract: The immigration of Romanian Jews to Israel is the subject of this paper. The alyia of the Romanian Jews to Israel was important for the government and institutional structures of both Israel and Romania. This paper presents a sociological portrait of the Romanian Jews who requested emigration in the year of 1949. The sociological portrait is based on information found in letters requesting emigration addressed to the Israeli Legation in Bucharest. The important aspects that were considered are: age/date of birth, gender, marital status, deportation, place of habitation, work. The analysis was done considering the person who emigrated, and other members of their family. The information was collected into a data base using the Statistic Program for Social Sciences (SPSS).