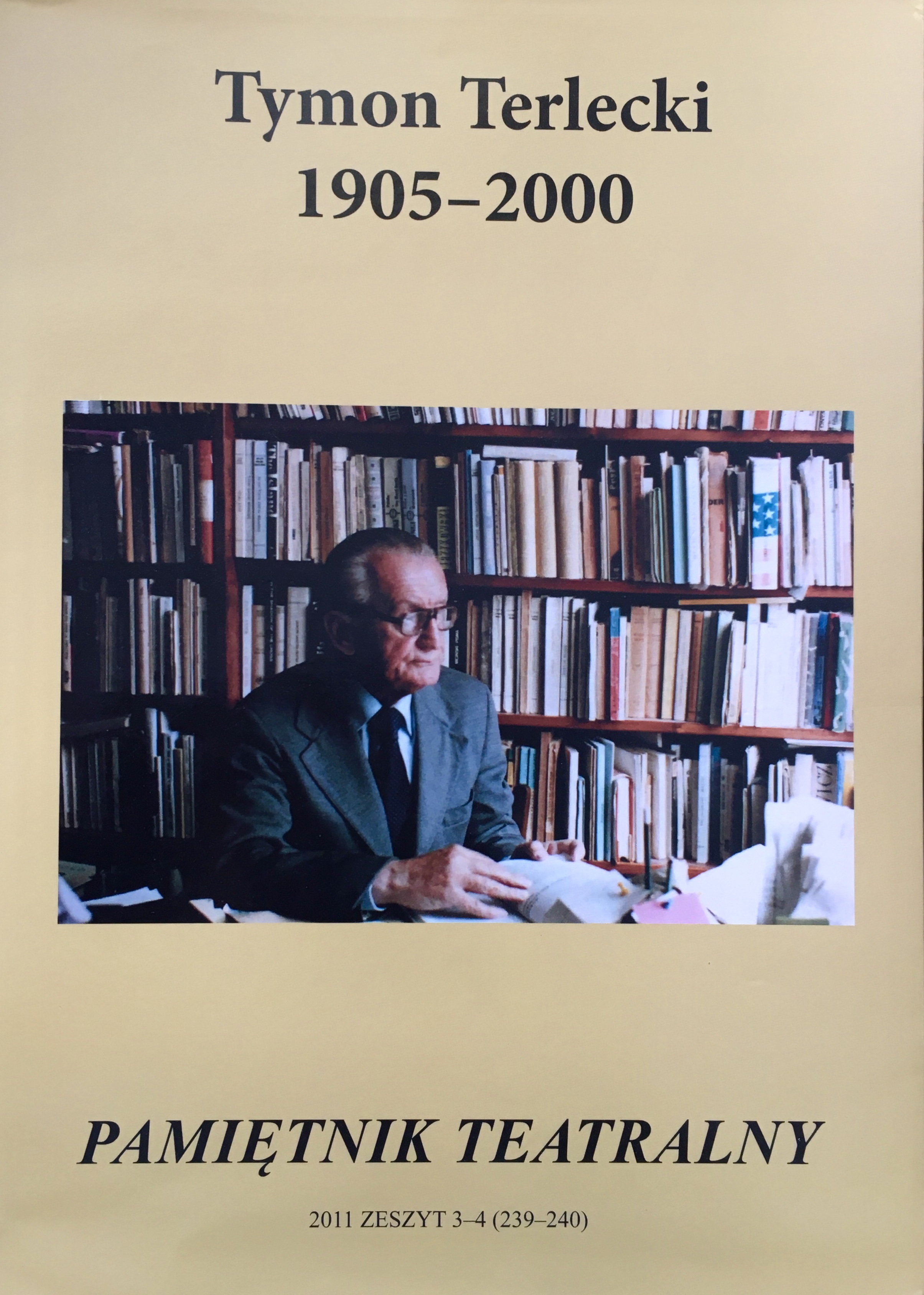 Summary/Abstract: The article talks about Tymon Terlecki’s childhood and youth in Lvov between 1915 and 1932. Based on source materials from the period, contemporary studies, and the critic’s reminiscences, the author has described successive stages of his biography: middle-school education, studying Polish philology at King John Casimir University, his struggles with a devastating sickness, and his activity in the field of literature and theatre. Terlecki participated in the city’s cultural institutions; he organised literary meetings at Kasyno (Casino), Koło Literacko-Artystyczne (Literary-and-Artistic Circle), and Zawodowy Związek Literatów Polskich (Professional Union of Polish Writers); with a group of King John Casimir University graduates, he founded the discussion Club of Modern Culture Workers (Klub Pracowników Kultury Współczesnej), which had managed to establish its own periodical, Tydzień, and a film club Awangarda (Avant-garde); additionally, Terlecki hosted radio programmes devoted to literature. As a journalist of Słowo Polskie daily, he not only watched closely and evaluated current literary works and theatre productions but also battled with his pen for their popularisation and artistic merit. On the pages of the newspaper, he advocated for Leon Schiller as the best candidate for the manager of Teatry Miejskie (Municipal Theatres), and then became his ally in battles with other co-managers and city authorities. After Schillers resignation, Terlecki successfully promoted Wilam Horzyca for the position. Having won his spurs as a literary critic Terlecki left Lvov in 1932 but he always emphasised his ties with the town that had influenced his spiritual formation, social sensitivity and views on art.