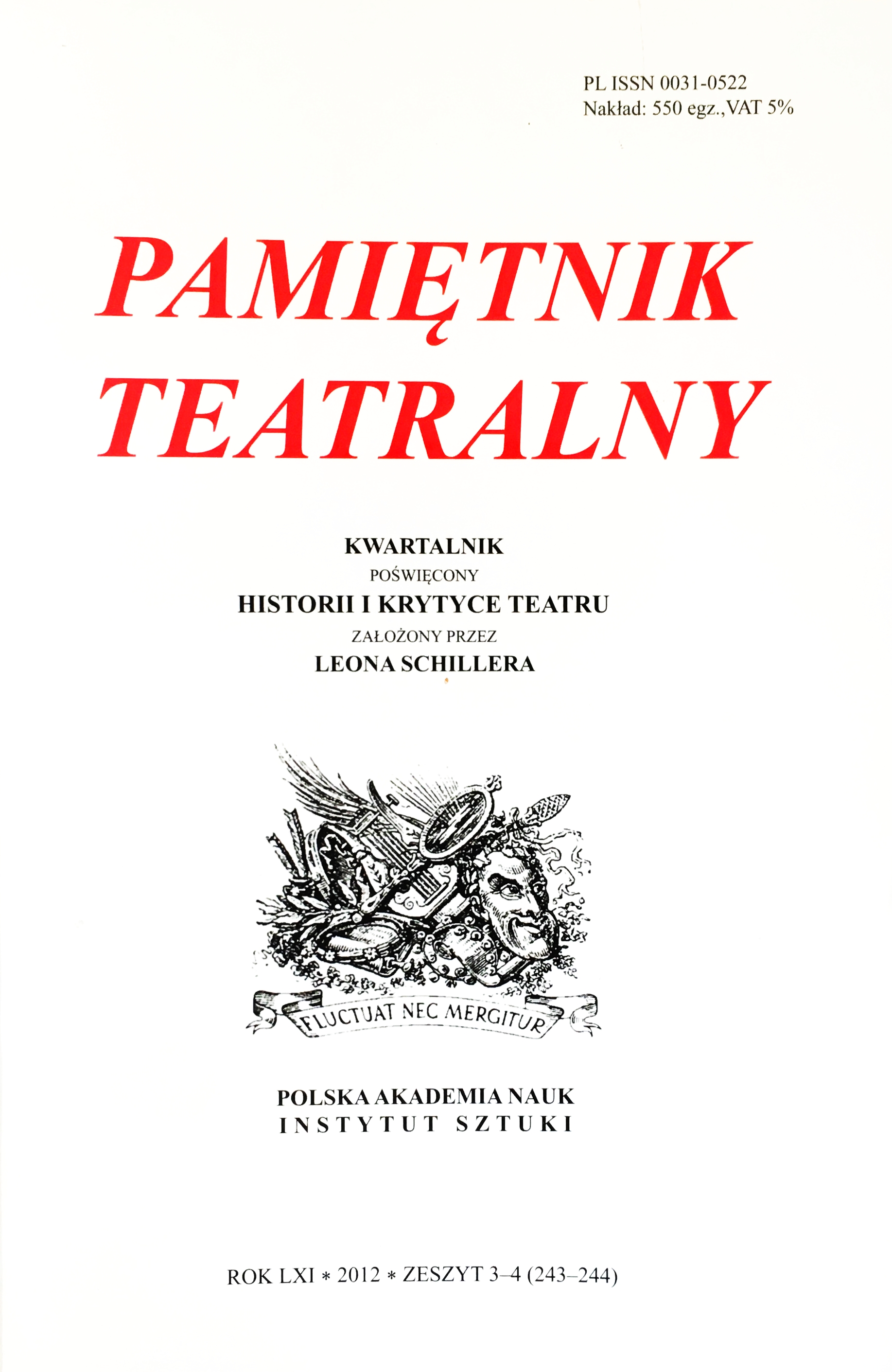 Summary/Abstract: The history of establishing of the Jewish theatre in the Galician capital and the first years of its operation were discussed in the article “Uwagi o teatrze Jakuba Bera Gimpla we Lwowie” (Notes on Jacob Ber Gimpel’s Theatre in Lwów), published in Pamiętnik Teatralny 2010 z. 1–2. Now we are presenting fourteen texts relating to this theatre, published in the satirical biweekly Śmigus in 1889, 1890 and 1892. These include two poems composed by Adolf Kitschmann, an artist of the Polish theatre in Lwów, translator and writer. A journalist of Jewish descent, Michał Abler, probably authored the rest of the texts. As humour and merciless satire was a weapon which Śmigus wielded against all of Lwów’s nationalities and institutions, it is hardly surprising that they abound in the sources reprinted here. For a theatre historian, they have an additional value as they shed light on some of Gimpel’s management problems, the theatre’s repertory and actors – and such information, in view of the fact that Polish-language sources documenting the history of the Jewish stage are scarce, is worth noting.