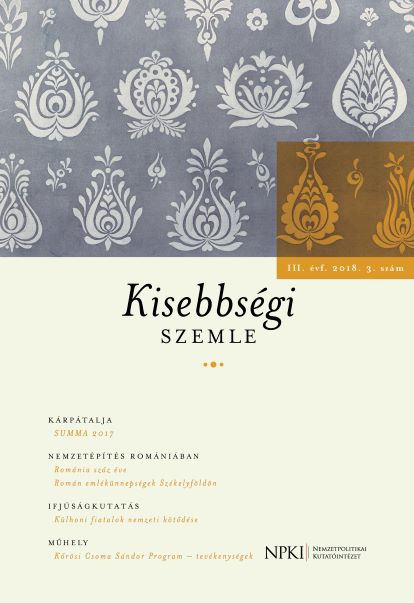 Summary/Abstract: The Hungarian Youth Research 2016 is the fifth wave of the series of survey entitled Youth, begun at the turn of the millenium. In the course of research, we interviewed 4000 young Hungarian people between the age of fifteen and twenty-nine in Romania, Slovakia, Serbia and Ukraine. The paper gives an overview of the Hungarian youngsters live in four main region. According to the survey, young Hungarians are very similar in many respects, especially in media consumption. This paper also deals with the national identity of young Hungarians live in Carpathian Basin. One of the most important conclusions of the research is that the national identity decreased in the last decades, especially in Slovakia. Analyzing the factors based on Hungarian identity we can observe that however the young Hungarians think the basis of identity is the language, friends are more important.