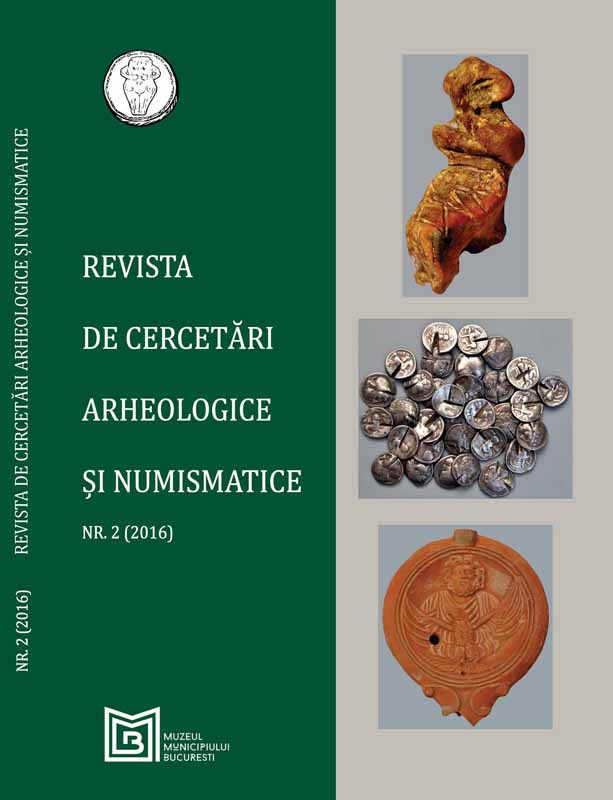 Summary/Abstract: he authors present 14 coins from several historical periods, discovered in 2015 in Cernica forest near Bucharest. Within the lot, five ancient coins stand out: a fragment of a Geto-Dacian, Inoteşti-Răcoasa type coin; two Dyrrhachium drachmae among which one is an imitation; two Roman republican denarii. Nine medieval coins are added to the ancient ones: a Polish schilling issued during the reign of Sigismund III Vasa, a Hungarian denarius, 15-16th c. ?, as well as a compact group of six Ottoman coins from the 18th century. A coin fragment is added to these eight pieces, a medieval coin very poorly preserved, oxidized, which couldn’t beidentified. Aspects of monetary circulation are discussed and analogies are presented for each type of denomination.