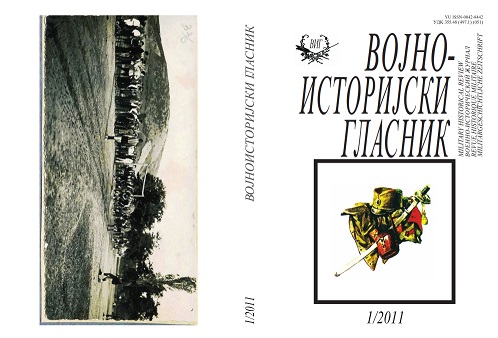 Summary/Abstract: Army, in cooperation with sports federations, was an essential factor in young people’ education. The promotion of a healthy way of life and cherishing Yugoslav spirit in young people were just some of the tasks on which military and civilian authorities were working together. With their activities in that area, the troops of Nis garnison, have, in their domains, contributed to strengthening of sports societies, both through active membership of officers at the top of the federation, and contribution in joint exercises, which enabled the tendency for militarization of physical culture, evident in most European countries. Bearing in mind the variety of army troops situated in the city (the army and two division commands, one infantry, cavalry, engineering and artillery regiments each, as well as three independent artillery divisions, later formed regiment of fighting aviation and batallion of special troops), as well as a great number of officers (several generals in the garrison only), an important advance has been made in affirming sports with the young people and impressive results have been achieved. First of all, organization Soko (Falcon) be mentioned, with the aim of promoting ideology of integral Yugoslavship, through its activities among young people in the area of sport and development of physical culture. This organization prepared young men in military knowledge and habits, taught them obedience and behaviour. Men with sound bodies left this organization, resistant and enduring, and accordingly, capable of great body and mental efforts. In addition to cooperating with Falcon societies, contribution of the army, and particularly its officers, has been evident in improvement of actual sports. Cavalry officers have been cited as pioneers of equestrian sport in the city, as well as shooting which became more and more popular with the civilians. Among the founders of the first football club in Niš were Army men, while due to contribution of the Air Force, the city air club and the sailing club have achieved outstanding results at the level of the country.