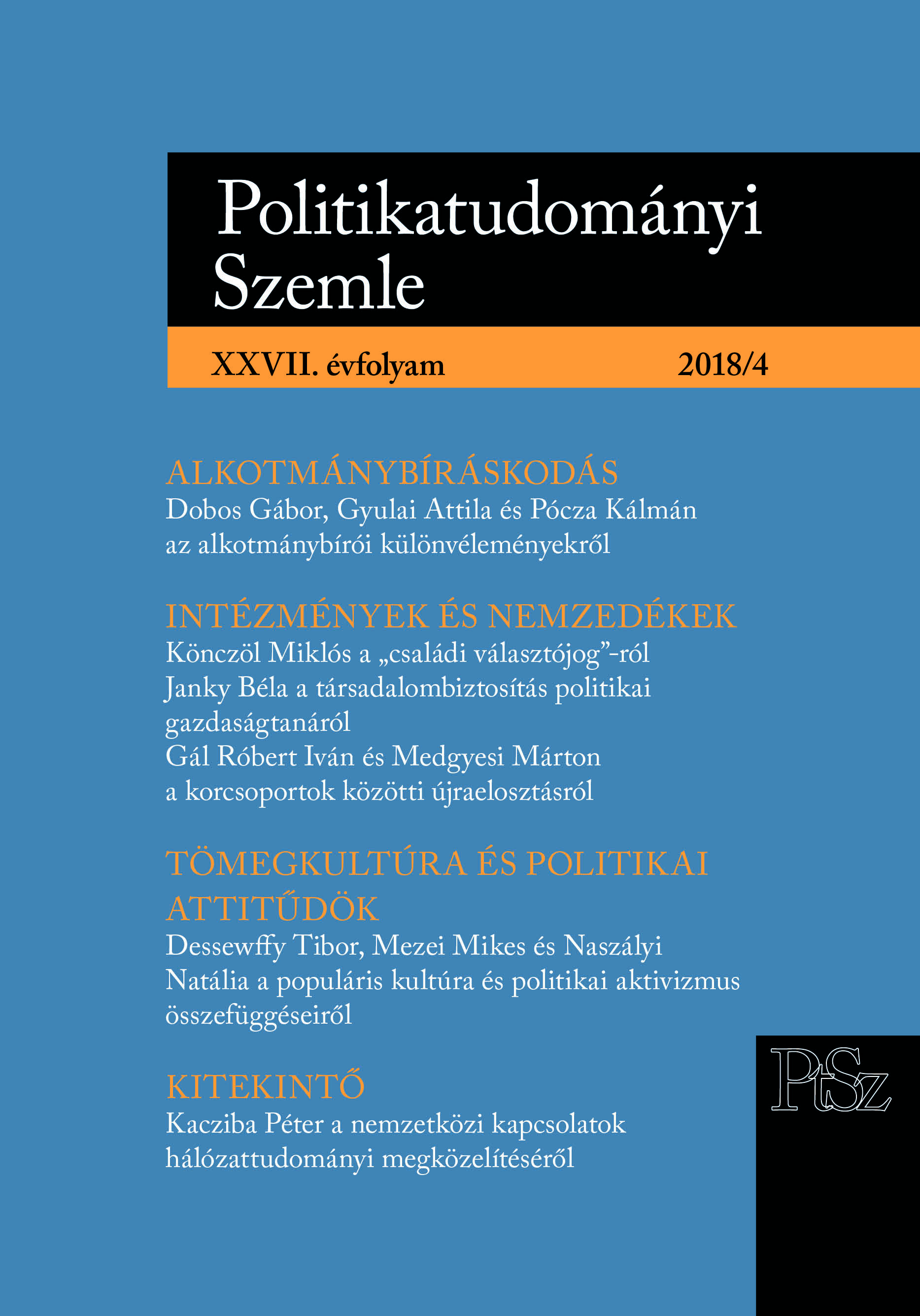 Summary/Abstract: In the last decade, the proposal to abolish the lower age limit for suffrage, with parents voting as proxies on behalf of their children (‘family voting’), has been raised in Hungarian constitutional scholarship. This proposal is part of the effort to find institutional solutions to problems related to sustainability. Arguments supporting it go, however, beyond the issue of sustainability, and raise fundamental questions of legal and political theory. This paper examines the proposal with a focus on the concept of ‘representation’, which can be interpreted in at least two ways in the context of family voting. That, then, allows for two different (but not unrelated) arguments in favour of the proposal. The first one is based on the notion that parents’ extra votes do not violate the principles of equal and direct suffrage. In contrast, I argue that parental voting cannot be considered as merely expressing children’s preferences, and that persons who are regarded as unable to make a decision themselves cannot be represented in this way. The second argument gives up the claim of equal and direct suffrage, and seeks to justify the proposal by saying that parents’ extra votes are necessary for the sufficient representation of children’s interests. Such an argument can find support in the notion that parents are better situated to represent their children’s interests than the average voter. Here, I focus on three characteristics often mentioned in scholarship: parents’ privileged access to information, their shared interests with their children, and their selflessness. It is shown, however, that these arguments are either irrelevant or unconvincing, and therefore that the second line of argument, too, fails to provide adequate justification for family voting.