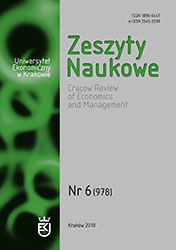 Summary/Abstract: The restructuring of Banco Popular Español (BPE) through its takeover by Banco Santander provided a valuable example of the first resolution framework application, which allowed for the assessment of its effectiveness. However, similar crisis tools were also utilised in the Spanish banking sector in 2008–2013. Their analysis may provide a valuable contribution to the issue of selecting the most appropriate resolution tools for banks, which can be utilised by Spain and other EU countries when further restructuring their respective banking sectors or managing crises. The aim of this article is to evaluate the effectiveness of the BPE resolution. Additionally, other examples of the application of the “sale of business” tool from the Spanish banking crisis of 2008–2013 were assessed. The conclusions were then used to assess the possible application of similar tools at other banks in Spain and other European countries.