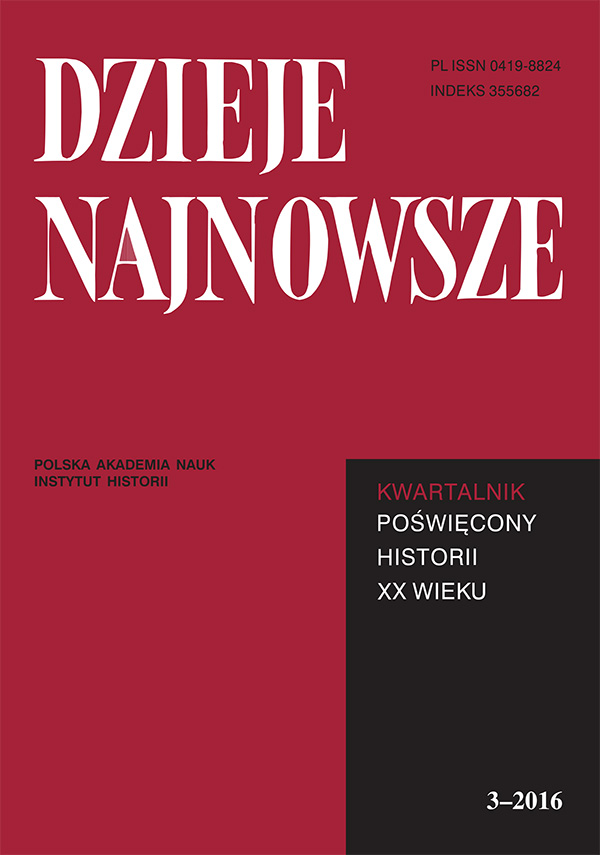 Summary/Abstract: The Culture Commission was established in the summer of 1957 and replaced the Department of Culture at the Central Committee of the Polish United Workers’ Party (CC PUWP). The Department had been composed of the employees the CC PUWP, but the Commission included both representatives of the Party and state bureaucracy as well as members of assorted milieus (under the condition that they belonged to the PUWP). In 1957 the CC PUWP created, alongside the Culture Commission, also a Foreign Commission, a Science Commission, a Publications Commission, etc. The notion to entrust public issues to institutions combining representatives of the apparatus of power and delegates of the interested milieus was characteristic for the Polish variant of the anti–Stalinist “thaw” and did not possess a counterpart in other states of the Soviet bloc. The Culture Commission emerged, if one were to perceive it via the prism of later events, during a transition period. The team created by Władysław Gomułka, who on a tide of de– Stalinisation assumed in October 1956 the function of First Secretary of the CC PUWP, attempted to rapidly stifle social emotions and, at the same time, to devise its own model of governance, a task that naturally required much time. Initially, the authorities regarded the question of culture as secondary. The Party intended to retain general control over this domain, but resigned from “control” and came to terms with pluralism within assorted forms of artistic expression. In 1958 there even emerged a pro–decentralisation conception, namely, to supplant the Ministry of Culture and Art with a Committee of Culture and Art composed of representatives of national councils, central offices, art associations, and social and professional organisations. Gradually, however, such tendencies waned, since the Party–state apparatus could not be itself within a social dialogue formula and preferred ruling by resorting to methods of prohibitions and injunctions. On their part, artistic circles, and men of letters in particular, called for expanding the sphere of creative freedom and, in particular, for a restriction of censorship. In this fashion a conflict between the two sides continued to grow. In the opinion of certain members of the Commission it was to represent the interests of representatives of the arts, especially as regards the freedom of expression and financial questions. Others perceived it as an expert institution assisting the Party leadership in formulating a cultural policy programme. The most permanent outcome of the functioning of the Commission involved numerous gathered data concerning cultural life in different parts of Poland. Otherwise, the Commission proved to be not very active and incapable of designating its realms of activity. In 1960 the Central Committee reactivated the Department of Culture and thus supervision over culture was restored to Party bureaucracy. The Commission was not dissolved but it gradually faded and the last traces of its existence come from 1964.