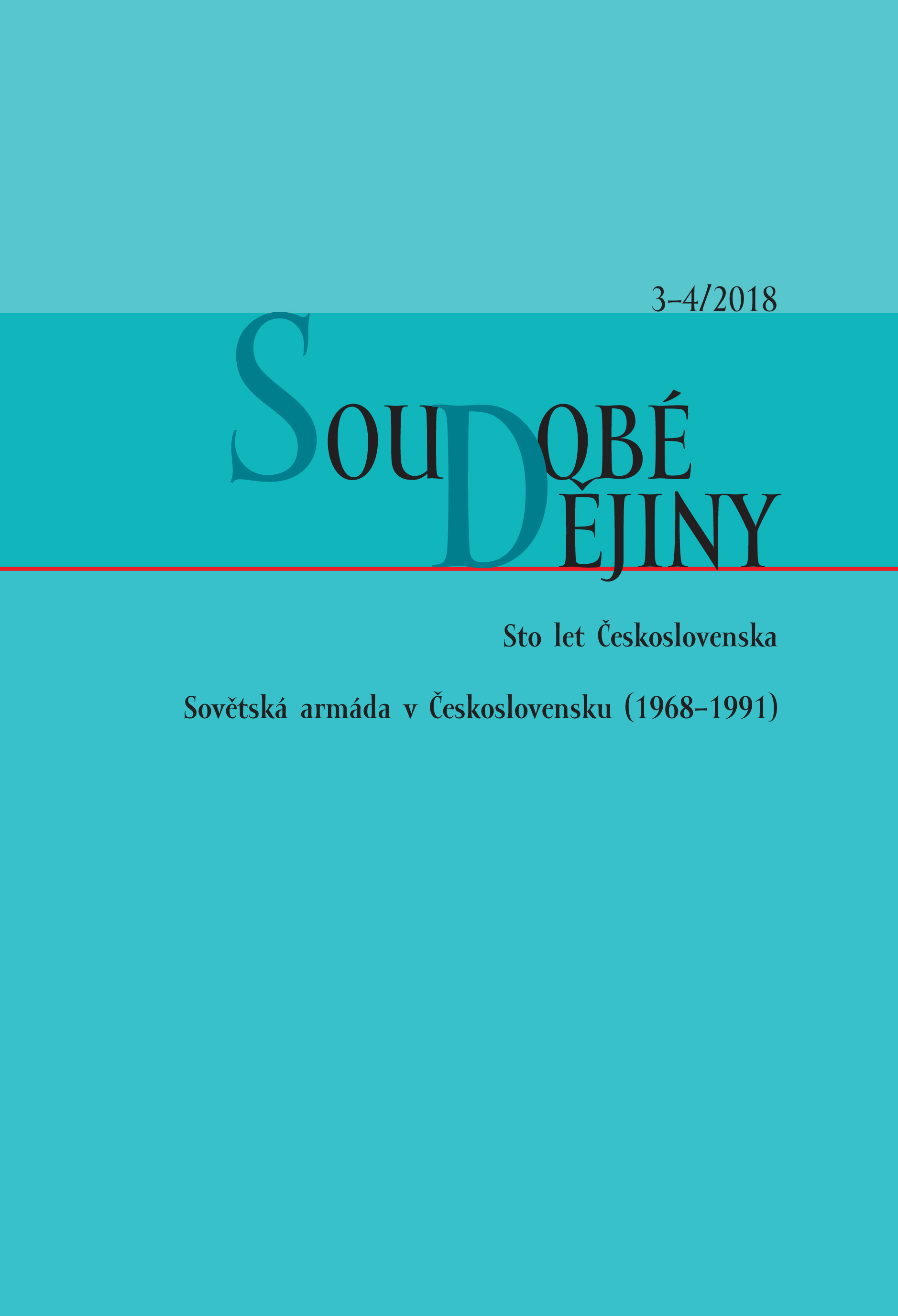 Summary/Abstract: The study deals with political activities of the Soviet Army in Czechoslovakia after the intervention on August 21, 1968, and its sympathizers from the ranks of the Communist Party of Czechoslovakia. The authoress examines the topic in the early stage of the so-called normalization (until the spring of 1970), focusing on the local level; however, she sets her research into a broader period context and derives general conclusions from its results. Although the official agreement on the temporary stay of Soviet troops in the territory of Czechoslovakia declared that the Soviet Army should not interfere with domestic affairs of the Czechoslovak state, the Soviet leadership kept devising plans how to make use of the presence of Soviet troops for political purposes. Soviet officers participated in the dissemination of Soviet propaganda, established contacts with local antireform party officials, spoke at their forums, complained about hostile attitudes of Czechoslovak political bodies, and thus kept pressing for a legitimization of the political arrangements. The authoress shows that local pro-Soviet activists, who had maintained contacts with the Soviet Army from the very beginning and been taking over its political agenda, were playing a crucial role in the success of these efforts. In line with Soviet intentions, they were implementing the normalization process “from below”, initiating purges in various organs, demanding the dismissal of officials protesting against presence of the Soviet Army, participating in the subsequent political vetting. They were actively pushing through a change of the official approach to the Soviet Army and helped break its boycott by the Czechoslovak society, which had initially been almost unanimous. In doing so, they were making use of their personal contacts to organize manifestation “friendship” meetings and visits of Soviet soldiers to Czechoslovak schools and factories. The authoress analyzes the reasons of the attitude of these activists, most of whom came from the ranks of “old” (pre-war) and “distinguished” members of the Communist Party of Czechoslovakia, and illustrates the development outlined above by specific examples. By way of conclusion, she notes that, although different forms of the Czechoslovak-Soviet “friendship” since 1968 are often viewed as mere formalistic acts without any deeper meaning at the level of “lived” experience, they were, from the viewpoint of the Soviet policy, well thought-out and centrally planned propagandistic activities which contributed to the promotion of the Soviet interpretation of the Prague Spring and the Soviet invasion and discredited its opponents.