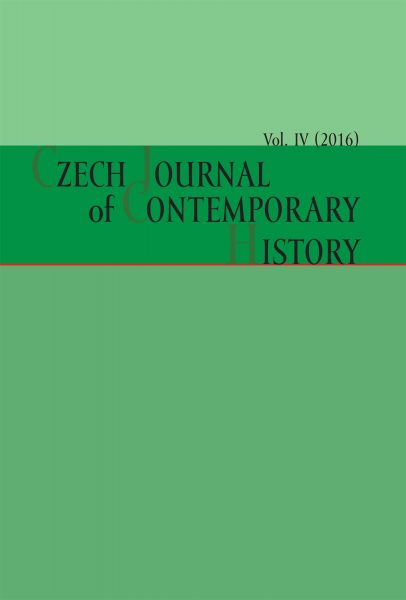 Summary/Abstract: In this article, the author raises the question of what now, more than twenty years later, the ‘stay’ (pobyt, as it was officially called), of the Soviet Army in Czechoslovakia means to the inhabitants of the country. How, she asks, is it recalled in the public space and the mass media, and what images are most frequently evoked int his connection? Whereas the Soviet-led intervention by troops of the Warsaw Pact countries in August 1968 holds a lasting place in Czech memory and historiography, the subsequent stay of Soviet troops in the country has far fuzzier contours. Though in this connection the term ‘occupation’ (okupace) is regularly used today, there is no simple agreement about its political meaning. In the article, the author seeks to identify the changes in the communicated meanings of the occupation, when the original nation-wide consensus of its rejection was squeezed out by the reality of officially imposed friendship and the ‘twinning’ (družba) of Czechoslovak and Soviet towns. Under its façade, by contrast, people developed variously accented and motivated attitudes, such as keeping their distance or being accommodating,the plurality of which has largely survived in the collective memory unchallenged to this day. The author, however, points mainly to the fundamental shift in the perception of the stay of the Soviet Army, which took place after the Changes beginning in mid-November 1989, when, the degradation of the buildings occupied by the Soviets and the land that they stand on, and the gradual rectification of this, have become the main topics, rather than related aspects of political power.