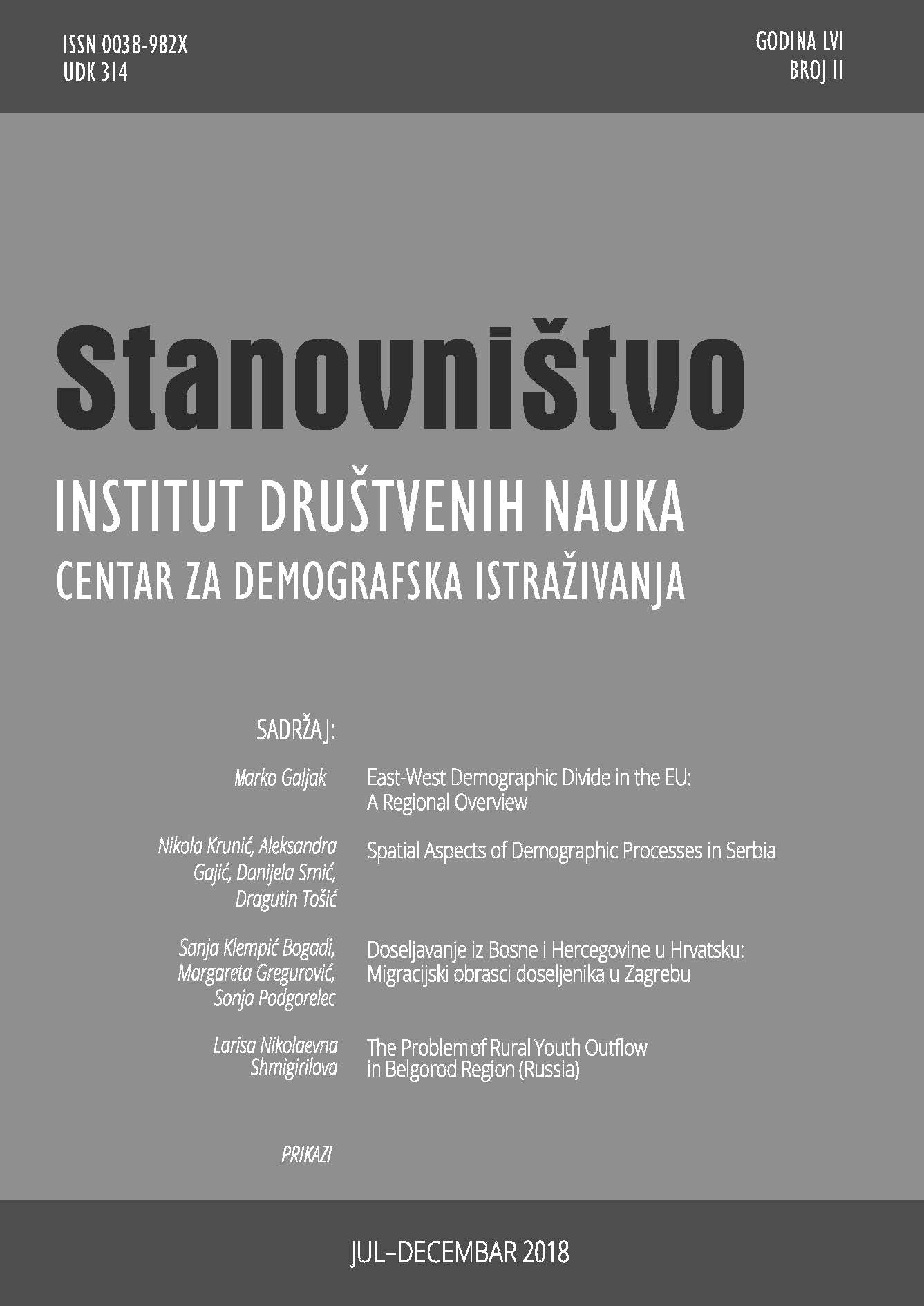 Summary/Abstract: Changes in the trends, distribution and structures of the population identified through censuses (such as the changes in total population, gender, educational, age and other structures) are crucial for understanding spatial phenomena and processes like urbaniza-tion. Numerous urban geography studies researching the development of systems of set-tlements in former Yugoslavia, which carried on in Serbia, were the foundation for a sin-gular theoretical and methodological framework for researching spatial phenomena and processes focused precisely on the understanding of dynamic changes in the structures of the population and their territorial manifestation. Other than in scientific research, this approach found direct application in spatial and urban planning, when defining the meas-ures directing demographic development, arrangement of urban functions, formation of a system of settlements, planning infrastructure development, etc. More recently, this theo-retical and methodological framework was enhanced using GIS technologies, which allow for the integration of spatial and statistical data and provide for a powerful analytical tool. Data integration has spurred new research on the correlation between demographic and spatial phenomena and the mutual relationships and influences between spatial and demographic development. This paper presents an overview of existing research on the mutual influence between population development trends and spatial changes manifest through the fluctuations in the intensity of built-up areas, population density, infrastructure development, etc. A model of population distribution was created by using selected census statistical data and correlating them with phenomena in actual geospace. Emphasis is placed on the significance of using this and similar models in further research on the population’s impact on the environment, directing economic development, protection in emergency situations, and numerous other areas.