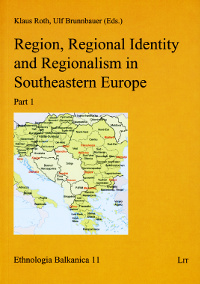 Summary/Abstract: The attempts to regionalise Serbia did not have much success in the twentieth century. The last attempt, at the conceptual and planning level, was made under the Spatial Plan of the Republic of Serbia. This paper proceeds from the concept and the model of decentralization and balanced development, applied in the European Union. It analyses the characteristics and problems of Serbia’s urbanization and urban system. Serbia is not sufficiently and uniformly urbanized. There is a distinct polarization between the zones of concentrated population and activity in urban regions and of depopulation in rural, hilly and mountain regions. Disproportions in population size among the ten major urban centres and relative to other urban settlements are the results of Serbia’s incoherent and asymmetric urban system. The paper also analyses whether the model of polycentric urban system and functional urban areas, established by the Spatial Plan of the Republic of Serbia, provides a sound basis for the integration of the Serbian urban system into the European one. In this connection, the Belgrade agglomeration distinguishes itself as the potential metropolitan growth area, in addition to Niš and other agglomerations, which can play a significant role in the formation of national and transborder functional urban areas. In the final considerations, the papers argues that a vital prerequisite for the implementation of any model of decentralization and regionalization is a consensus, whereby the key players should display the readiness to reach it and carry out the activities aimed at improving efficiency in managing and directing the development of Serbia’s territorial development and its integration into European development trends and policies.