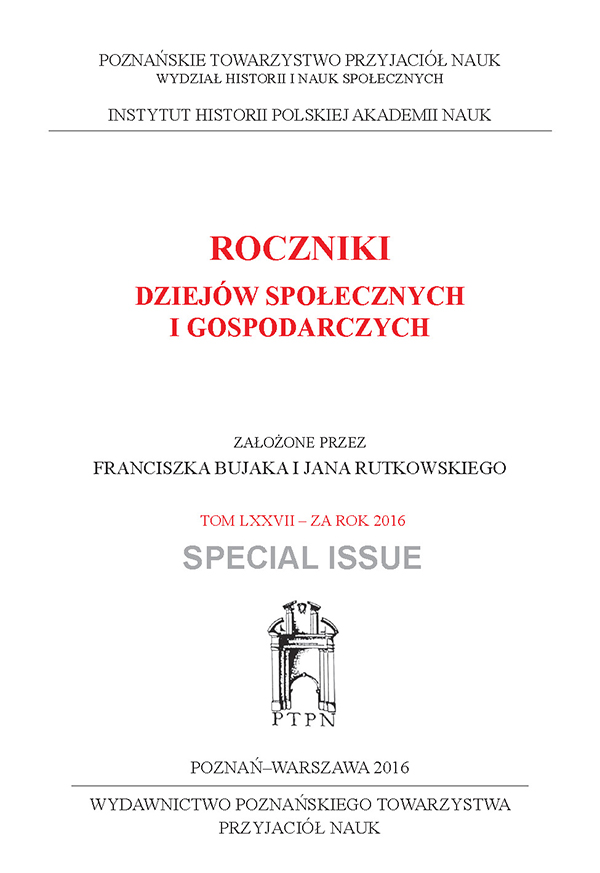 Summary/Abstract: The paper summarises the research carried out so far on the subject of the demographic and ethnic structure of private towns in each province of the Polish Crown in the 16th–18th century. It presents both the pace of the very process of founding new towns by wealthy nobility and clerics over the course of the three centuries in question and their contribution to the development of the country’s urban network. An important part of the deliberations consists in the discussion of the ethnic composition of the residents of private towns. Apart from the aforementioned observations, it is important for the author to emphasise the role of the noble or ecclesiastical owners of private towns in the activities aimed at developing their population potential, as well as the establishment of medical and social care structures