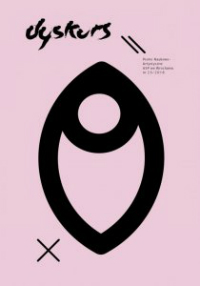 Summary/Abstract: Agata Szuba #tropy#feminizm The contemporary media message can be perceived in two perspec- tives: an active one, in which women perform a role of journalists and editors, and a passive perspective, in which they become a part of media message. The latter aspect is the most controversial for many reasons. Walter Lippmann defines a stereotype as an image created in the mind which allows a subordination of a certain fragment of reality a priori. The media’s visible, negative influence on women has them create a reality beyond the boundaries of acceptance, presenting it in a way the audi- ence expects. A new kind of feminism appears, i.e. one which answers the receiver’s needs (succumbing to the expectations and exposing to the look), and a question appears – whether in the time of the feminist legacy, thereby changes resulting from the development of the media, feminists should gain their own unique style? In a way this is beginning to happen. Due to the development of the media, women gained an unrestricted possibility to express their views, and the reception and availability of the media lifts the restrictions and causes an inconspicuous person to please and sweep the crowd and his or her voice to be impossible to be ignored in the discourse.