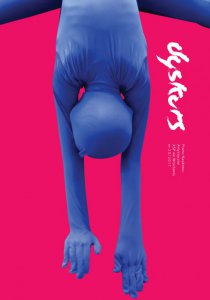 Summary/Abstract: Agata SzubaArt as spectacle: thoughts on medial messageThe progressing process of reality virtualization does have impact on social transformation of the globalized tele-IT society, as well as on artistic practice which, therefore, has significant impact on transformations and the new way of describing culture. According to modern media theories, which are difficult not to agree with, the culture of the twenty-first century should be defined in the perspective of universality of such phenomena as globalization, cultural pluralism and nomadism, originating in permanently and irrevocably crossed borders of the communication model:from reproduction to simulation of reality, thus resulting in a structure of a surveillance society, a society of performance and virtual union. The latter aspect, namely emerging of an audio-visual culture that, determined by social interactions, is revealed mainly in a form of a performance, isa fundamental benchmark, and that results from the fact of anachronism of the metaphor of culture as a text which became an equivalent of “ideological text”. Visual culture in a tele-IT world became a culture shaped by visual media what, in consequence, reversed the permanent point of reference in the relation subject-object (thing, phenomenon, human, relations and interpersonal interaction), as experience more and more often embraces images of the world (television and the Internet), not the reality itself. It is obvious that those images of the world, as a subject of intellectual–emotional consumption, more and more often, less to say that commonly, as an assumption, are not subject to judgements based and positively characterized by the truth-false criterion. Their visual and persuasive strength, being a derivative of spectacularity and aesthetics of the presented event, depends on attractiveness of so called „produced text” which, substituting reality, becomes a new social environment –virtual reality.