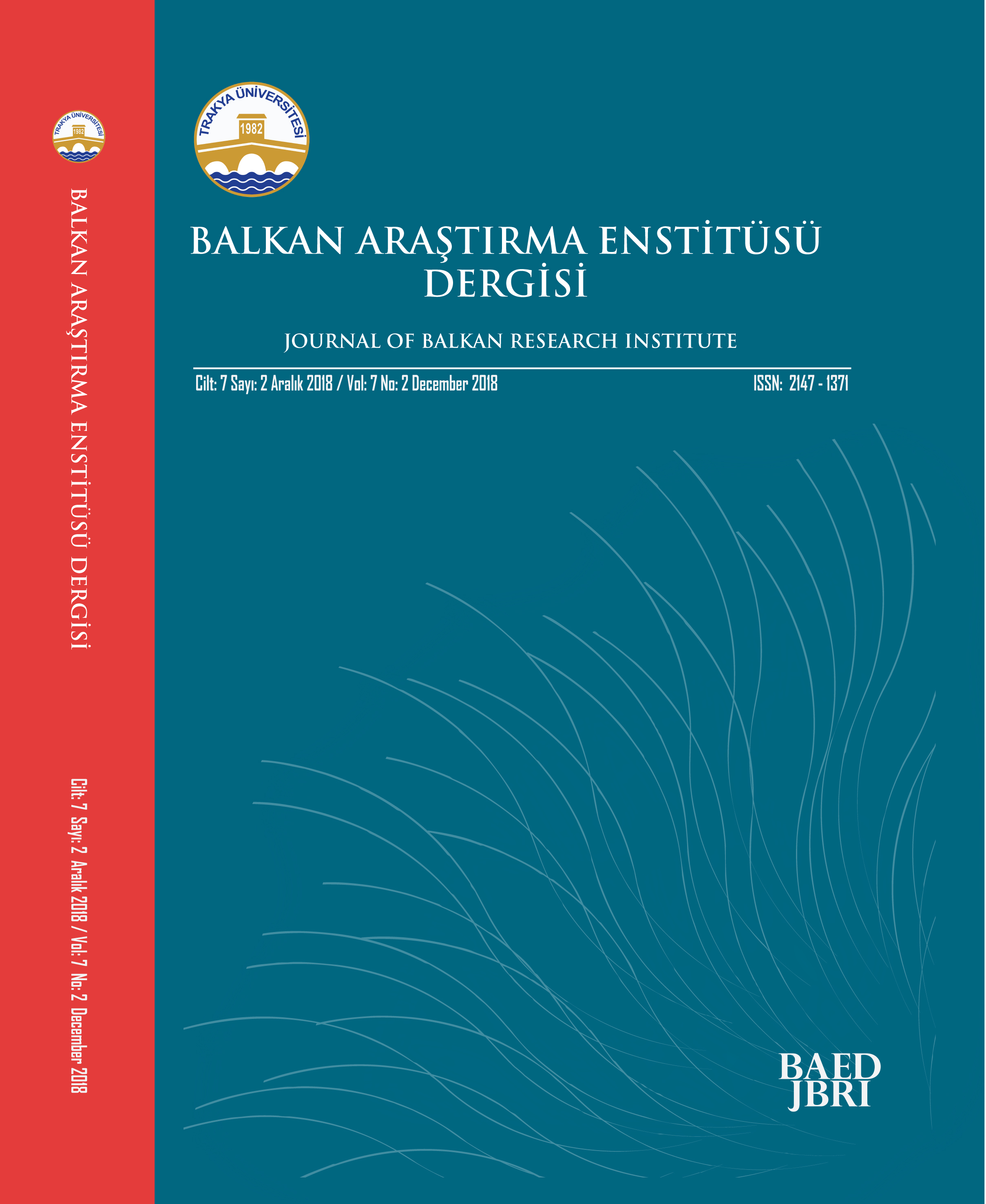 Summary/Abstract: At the end of the Balkan Wars (1912-1913), a large part of Rumelia was lost (west of Meriç River, except Dimetoka), the armament of the Ottoman Empire weakened, the country crumbled in terms of economic and financial terms, the Turkish nation undermined its confidence to itself and its army, 83% of its lands located in Europe were occupied, more than 300.000 civilian were massacred, and 440.000 Turkish people were forced to leave their lands and find asylum in their homeland as a result of persecutions, massacres, rapes and oppression during and after the war. This huge wave of migration, which was a new disaster for Rumelian Turks, led to the matters of the migrants’ settling, fulfilling their needs, employment etc. However, even before the Balkan Wars the Ottoman Empire had already been on the verge of a failure in terms of military, technological, political, social, economic, and financial matters.Turkish and Islamic world provided full support and financial aid in those dark days of the Turkish nation in order to protect the last independent Turkish-Islamic state which was overwhelmed by the heavy burden of the war from occupation and to relieve the pains of the migrants and families of martyrs.That is, the Azerbaijani teachers and students, 400 Turkistani youngsters and Indian Muslims joined the war voluntarily. The “Caucasian Volunteers Troops” were composed of those volenteers coming from outside of the country. The Indian Muslims donated 160,000 liras to the families of the martyrs and war veterans. For the treatment of wounded soldiers and migrants, a number of mobile medical units with 100-bed capacity were established in Istanbul and Çatalca by Indian Red Crescent (Hilâl-i Ahmer) Association. Also, a great number of doctors, pharmacists and nurses were brought to these medical units. Moreover, Egypt Red Crescent Association helped the victims of war in terms of money, supplies, medicine, medical and various equipments.Furthermore, Egyptian doctors, pharmacists, nurses, and caregivers served in the hospitals that were established in Hadımköy, Beylerbeyi, Yeşilköy, Maltepe and Edirne. Egyptian ships transferred 6000 Turkish people flocking from Rumelia to the harbours to save their lives, from Kavala and Thessaloniki to İstanbul and İzmir. In 1913, South African, Egyptian, Algerian, Behghazian and Indian Muslims and also Turks of Russia donated 263,000 Liras in total.This study discusses Turkish and Islamic world’s not remaining indifferent towards the disaster of the Ottoman Turks, our cognates and coreligionists’ voluntarily joining the war and providing military, medical and financial assistance, supplies and clothes.