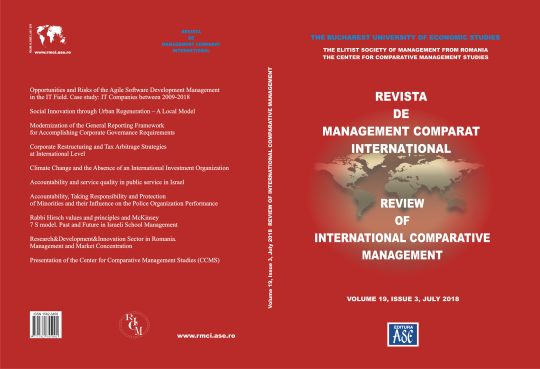 Summary/Abstract: Transparency and accountability are the main levers of current public policy. In every public organization, citizens expect accountability, transparency and fairness. This is more intensive when we discuss about the Israeli Police which is a public organization that is allowed to activate force and to deprive the freedom of the citizen. Avidar, Sagi & Zuk (2014) argue that effective and efficient policing is the result of many factors. It depends not only on the efficiency of the police or its diligence, but also on the relationships between the police and the community that is serves. The RAND Report (2014) presents a model for efficient and effective policing which is based on procedural justice. The basis for the RAND Model (2014) is that the Israeli Police needs a more efficient strategy in developing and cultivating public support for it. In order to influence public support for the Israeli Police, the Israeli Police should adopt a modern policing model. This is involved in adopting strategies for increasing police transparency, increasing accountability and reducing existing stigmas regarding minorities. This model has been tested and presented in this article.