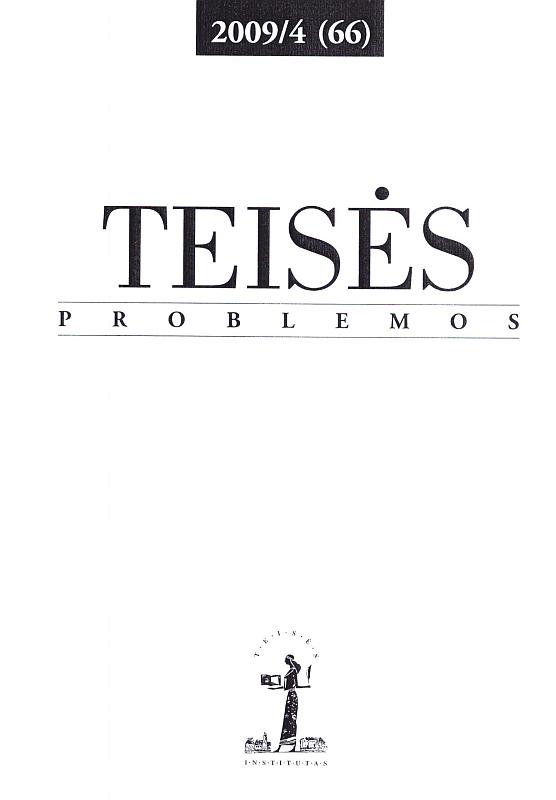 Summary/Abstract: The article is devoted to an analysis of the penalty of arrest established in the Penal Code of the Republic of Lithuania in order to reveal its essence, political context, practice of its application and the needs to retain it in the system of penalties. International recommendations propose minimizing application of penalties related to deprivation of liberty and, moreover, accentuate possible negative results of short-term imprisonment. However in a number of states short-term imprisonment (arrest) is being imposed quite often although there is a lack of empirical data either confirming or negating harmful consequences of arrest upon resocialization of the convicted. There are no researches of the aforementioned issues carried out in Lithuania, however systemicand penal-political analysis of the penalty of arrest leads to a supposition that the aforementioned penalty is capable to decrease application of deprivation of liberty in situations when imprisonment in general is being applied often. The authors formulate a position that alternative penalties and measures should predominate against arrest (short-term imprisonment), however the penalty of arrest (taking into account the personality of the sentenced) could be applied more often instead of the penalty of deprivation of liberty, especially while paying much more attention to possibilities to impose weekend-arrests.