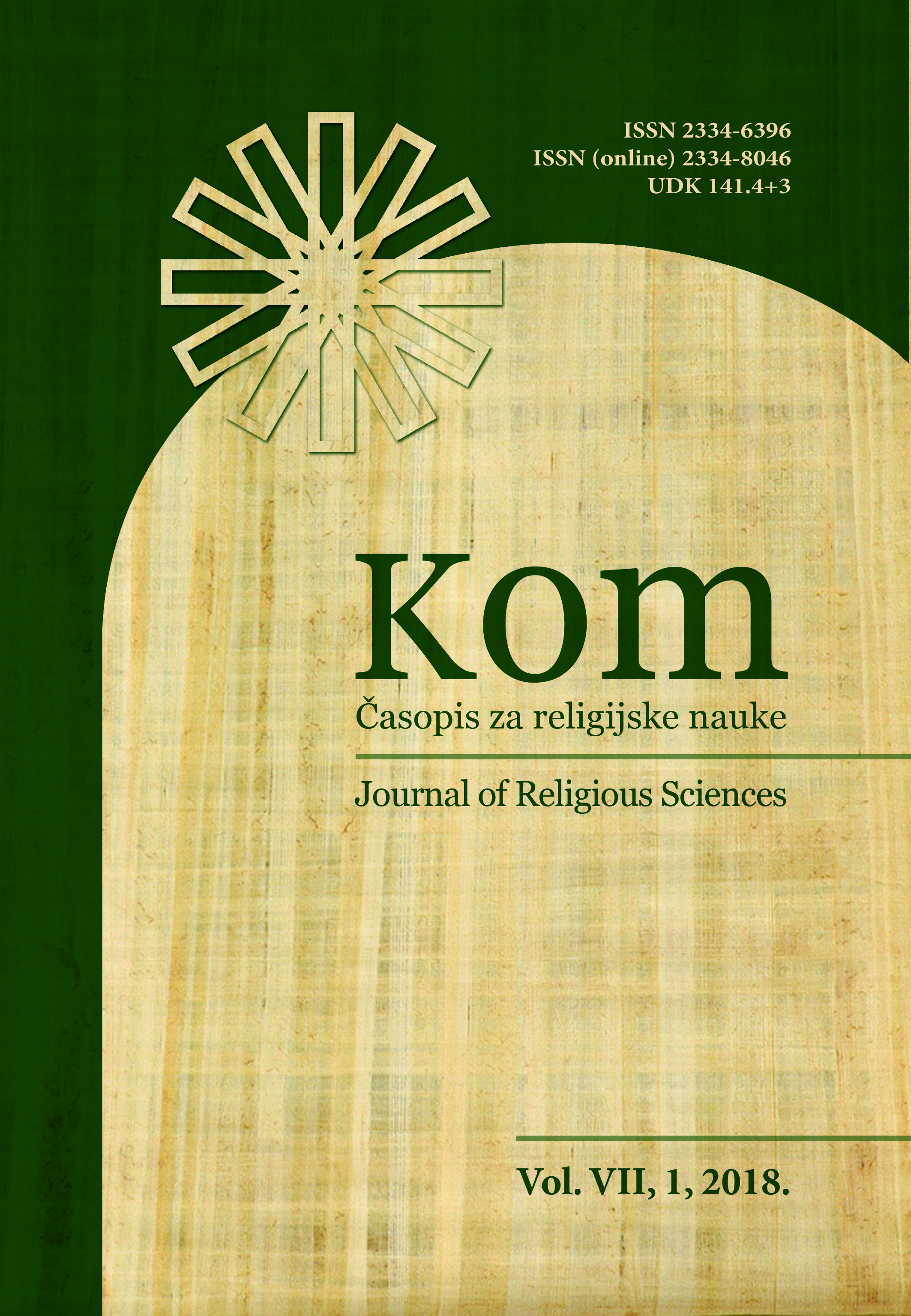 Ali Abdurazik i teorija odvojenosti islama i politike: kritičko vrednovanje
Ali Abdel Razek and the Theory of Separation of Islam and Politics: A Critical Evaluation

Summary/Abstract: A year after Atatürk abolished the institution of the caliphate, Ali Abdel Razek, an Islamic scholar from the traditional al­Azhar University, published a not-too-thick volume entitled Islam and the Foundations of Political Power and initiated a new and dynamic discussion of completely unexpected proportions about the relationship between Islam and politics. Distinguished professors of al-­Azhar had an urgent meeting and made a decision that Abdel Razek should be stripped of his title of an Islamic cleric because of the views he had expounded in his book. However, despite this, in the following decades his book became one of the most popular texts among the contemporary Muslim thinkers in the Egyptian scientific and political circles and beyond. On the basis of a detailed analysis of the contents of this book we notice that Abdel Razek persistently attempts to show that the caliphate did not have any benefit for the Muslims, and that it even was a source of permanent injustice and evil. He concludes that the political power, the state and even the judiciary should not be connected with religion, because they are exclusively political phenomena. He also insists that the Prophet Muhammad was a purely spiritual leader and that he had never contemplated the concepts of political authority or the state. For this reason he explicitly claims that politics and religion are mutually incompatible and warns Muslims that they must follow the latest results of human reason in the field of political science if they wish to consolidate the foundations and structure of the political power in their societies. However, we notice that, due to his frequent and generally objective criticism of the Caliphs and their policies in various historical periods, Abdel Razek ignores the fact that in the Quran and the Islamic tradition there are frequent references to the political power, the judiciary, defense issues, economic control, and the organization of internal and international politics, that is, that both the Quran and the Islamic tradition contain teachings about a different policy that leads one toward eternal bliss. Such policy, the ultimate purpose of which is the enlightenment of man and society, was written about extensively by the representatives of a brilliant political philosophy and political jurisprudence in Islam, who relied on the cognitive credibility of the religious texts and the various categories of theoretical and practical reason.

Nacionalizam i religija u svetlu filozofske baštine islama Nationalism and Religion from the Point of View of the Philosophical Heritage of Islam 2015 Istorija Kur'ana - istoricizam u tumačenju Kur'ana History of Qur'an - Historicism in the Interpretation of the Qur'an 2015 Ismail Faruki i islamizacija znanja: kritički osvrt Isma’il al Faruqi and Islamization of Knowledge – A Critical Review 2016 O stupnjevima razuma u islamu u odgovoru na Arkunovu kritiku islamskog razuma The Levels of Reason in Islam - an Answer to the Critique of the Islamic Reason of Arkoun 2016 Idžtihad i islam u duhu vremena kod Muhameda Ikbala i Alija Šarijatija Ijtihad and Islam in te Spirit of the Age in Muhammad Iqbal and Ali Shariati 2016
2022 © CEEOL. ALL Rights Reserved. Privacy Policy | Terms & Conditions of use
ICB - InterConsult Bulgaria core ver.2.0.0914