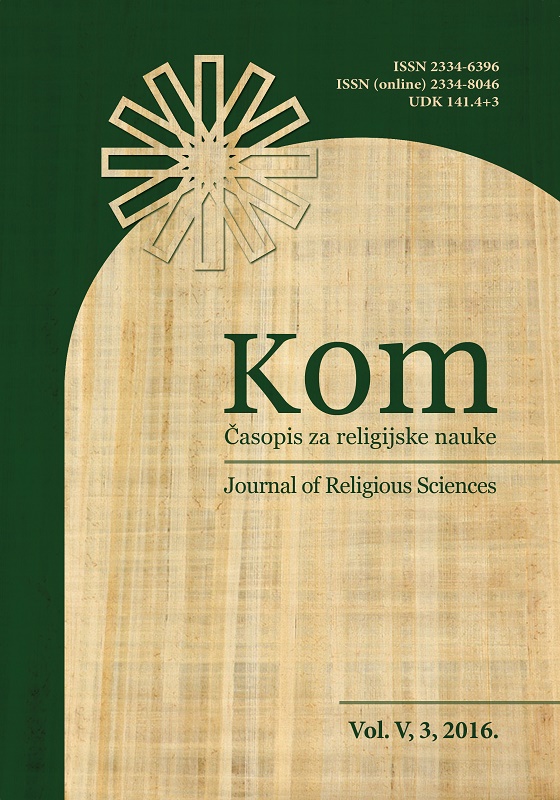 Summary/Abstract: Muslim thinkers in the XX century offered different analyses of the relationship between traditional Islamic knowledge and modern Western sciences. In the beginning, it was thought that in the light of modern sciences Muslims could stop the process of multiple weakening of their societies. However, as various shortcomings of the Western culture started being noticed, there were more and more talks about the need for a modern Islamic science, or even new Islamic universities. The extremely influential Isma’il al Faruqi undoubtedly deserves most credits for popularizing the issues of islamization of knowledge and science. Believing that in the reform of the educational system should be recognised the key solution to the overall crisis in the Islamic world, al Faruqi, in collaboration with his closest friends from the International Institute of Islamic Thought (IIIT) formulated general principles, objectives and a detailed plan of the process of islamization of knowledge. He suggested that the Muslim experts should get well acquainted with modern sciences, and then to creatively connect those sciences with the Islamic heritage, in the light of basic Islamic concepts and views. However, using the method of philosophical analysis of contents of al Faruqi’s writings on islamization of knowledge, we can see that his approach to understanding of Islam is burdened with pronounced literalism. He was an extreme opponent of the philosophical and mystical heritage of Islam, and also he had little knowledge of basic flows of dogmatic theology in Islam, which he necessarily preferred. Al Faruqi reduced Islamic intellect to the level of the instrument for solving problems in a person’s physical life and he believed that it is harmful to think about metaphysical and esoteric truths. Finally, al Faruqi’s analysis of the essential nature of modern sciences is essentially simple. He did not focus at all on the crucial, complex and hidden epistemological principles of different cognitive stages of Post-Renaissance Western science. Thus, his idea of islamization of knowledge resembles a simple mechanical structure, whose methodological frameworks and cognitive norms are far from clear. Hence, we cannot accurately predict cultural and social destiny of this structure, and it is certainly possible that it will differ in no way from the modern Western science.