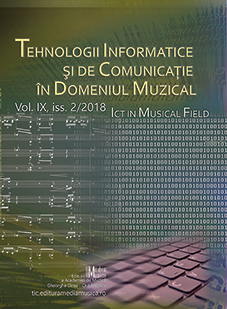 Moartea autorului în era digitală: un eseu despre anonimul solitar
The Death of the Author in the Digital Age: An Essay on the Reclusive Anonymous

Summary/Abstract: The advent of digital media and informational technology gives rise to a fundamental crisis in terms of defining the creator in this novel context. The age of post-mechanical reproduction deals with a lot more than the loss of the “aura of authenticity”, the death of the author by the emergence of the creation itself or the creator’s sublimation into its own creation as the “media becomes the message” and the creator is numbed to nothingness into technological extensions. This paper proposes a solution to this crisis by advancing a new reference paradigm found at the crossroads between the views of McLuhan, Barthes, Newton and the Chaos Theory.