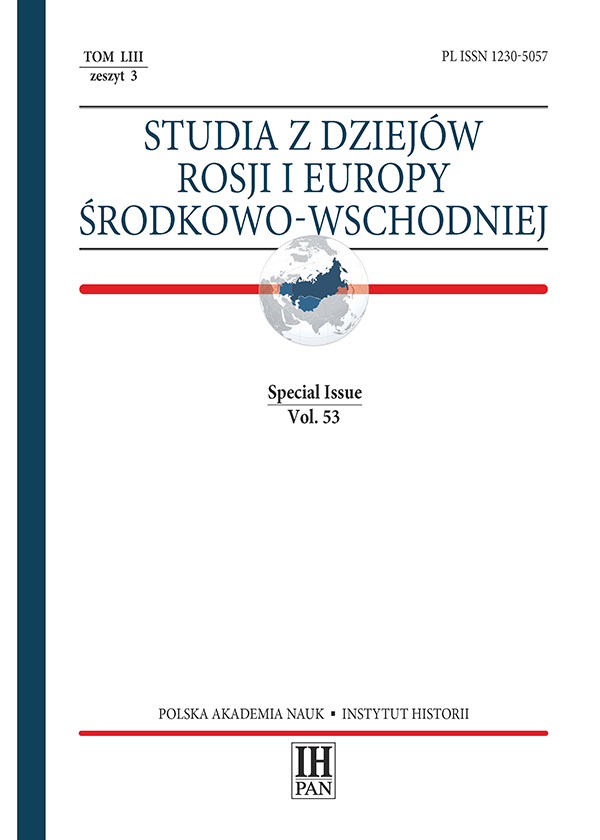 Summary/Abstract: The article deals with the activities of the entire Jewish social welfare sector in the General Government, which was supervised by two central organisations: the American Joint Distribution Committee and the Jewish Social Self-Help Organisation (Jüdische Soziale Selbsthilfe, later renamed Jüdische Unterstützungstelle), as well as a network of local relief committees and social welfare departments in Jewish councils. First, the organisation of the Jewish social welfare system and its changes over time, both on the central and local level, have been discussed. Second, the sources from which welfare institutions derived their resources, including gifts of foreign humanitarian organisations, grants of the GG administration and local authorities, as well as internal taxes and charges levied on local communities, have been listed. The third section of the article describes the areas of welfare activities, such as distribution of food, clothing, medicines and fuel, establishment of soup kitchens (meal centres), first aid stations, hospitals, children dayrooms, orphanages etc. and special aid for the displaced. The article attempts to fill a gap in the historiography of Poland under the German occupation, as no monographs concerning the social life of the Jews prior to the Holocaust exist.