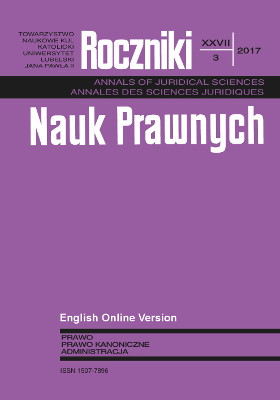 Summary/Abstract: The migration of Ukrainians to Poland was greatly when Ukraine gained independence. It was prompted by the internal policy of this state which made passports more accessible to the citizens. Also, applicable agreements were signed with Poland, which enabled Ukrainians to go to the Western countries in large numbers, chiefly to Poland. A dramatic increase in the migration rate was to be seen after social and political changes took place in the eastern neighbouring country, and the largest ever number of Ukrainian migrants is due to the annexation of Crimea by the Russian Federation, and the situation in Donbas.The large number of Ukrainians coming to Poland for various reasons, such as work, study or trade-oriented tourism, has an impact on the increased number of offences. The data collected by the Central Administration of the Prison Service indicates that the proportion of Ukrainians serving sentences or remanded in custody in Poland is relatively low. It also should be noted that although our eastern border traffic has been made a great deal easier, our Border Guard refuses entry to a large number of Ukrainian citizens for various formal reasons (forged travel documents, visas, passports, stamps, etc.).