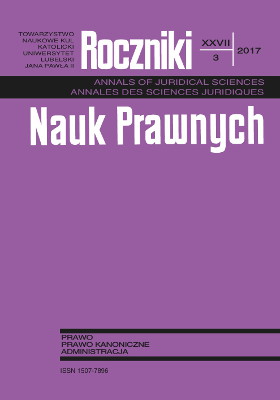 Migracja Ukraińców do Polski w latach 2007-2016. Podstawy prawne, przejawy i skutki tego zjawiska
Migration of the Ukrainians to Poland from 2007 to 2016. Legal Basis, Symptoms and Consequences of the Phenomenon

Summary/Abstract: Migration of the Ukrainians to Poland has significantly increased after Ukraine gain its independence. It was favored by the internal policies, which simplified gaining passports by the citizens of this country. Moreover, signing fitting agreements with Poland had became basis for mass departures of the Ukrainians to Western Europe, especially to the Republic Poland. A large intensification of migration had been noticed after socio-political changes attempts and the huge amount of migrants is connected with the situation in Donbass and establishing Russian control over Crimea.A large quantity of Ukrainians residing in Poland by different reasons, including working, studying and practicing so-called „mercantile tourism”, has an influence on higher crime rate. Based on data from Central Board of Prison Service, the number of Ukrainians imprisoned or arrested is relatively low. It should also be noted that despite many facilitations of the crossing the border, the Polish Border Guard ,for different formal reasons (forged travel papers, visas, passports, stamps), decline to enter Poland a large number of the Ukrainians every year.