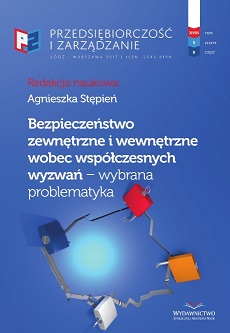 Summary/Abstract: The subject of this article are the risks affecting the security of the European Union in the context of the changing problems of the contemporary world as an example of organized crime. The dynamics of change in the twenty-first century in the arena of global forces on members of the Union entirely new perspective on the surrounding reality and needs new methods to combat threats. The most important of them include: terrorism, weapons of mass destruction, organized crime, regional conflicts and failed states. Organized crime is estimated in the following article.