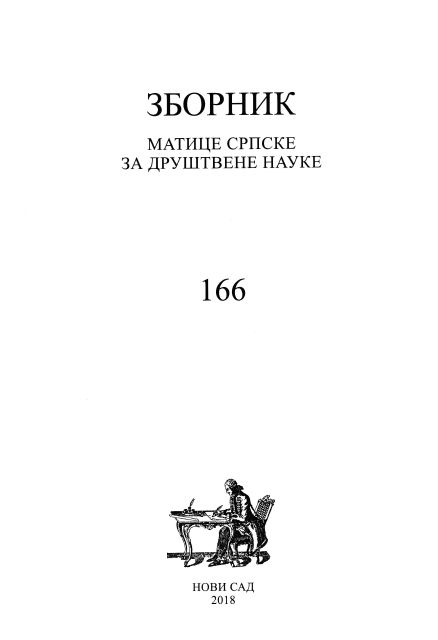 Summary/Abstract: The problem with the origin of the name of Tuman Monastery near Golubac has so far been addressed by several authors who have proposed several different solutions. This paper is an attempt to point out other aspects that should be examined using the available historical and linguistic material, which the previous researchers did not take into account. There were interpretations and etymological explanations proposed earlier, the assumptions about the name of the monastery based on the words from the ancient Greek or Latin and according to the same name of one Armenian monastery etc. Paying due respect to the preserved traditions of the foundation and the name of this monastery, we believe that in the discussion of its name it was necessary to refer to the possible Slavic origin of the name – especially in the light of the numerous existing parallels in the toponyms of the regions inhabited mainly by the Slavic people, as well as its Pre-Indo-European, or perhaps Asiatic, i.e. Mongolian-Tatar background. It is not known when the Tuman monastery got its present name. The first mention of the monastery in the village of Tuman near Golubac dates from the second half of the 16th century. A few Serbian authors claim that in Armenia there was/is a monastery of the same name, according to which the monastery of Tuman near Golubac was named. However, the existence of this monastery is not certain. It remains to be examined whether the toponym of St. Tuman, recorded in the areas of today’s Turkey which had been inhabited by the Armenians until the beginning of the 20th century, has any connection with the name of Tuman monastery near Golubac.