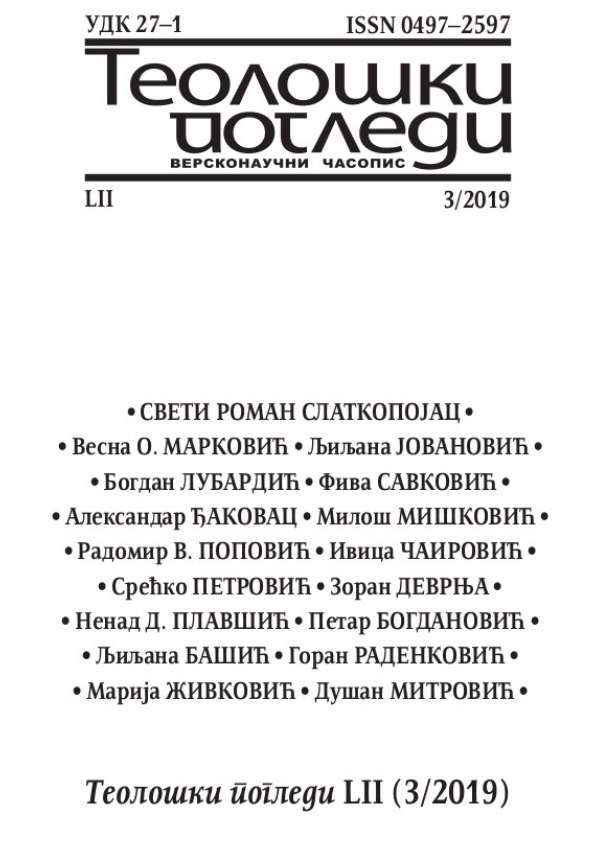 Summary/Abstract: Robert Hallowell Gardiner (1855–1924), Episcopalian layman and ecumenist, head of the Brotherhood of St. Andrew, was one of the leaders of the early ecumenical movement. He was the first Secretary of Joint Commission on Faith and Order (established at XLIII General Convention of the Episcopal Church in 1910). Gardiner organized first preliminary conference in New York in 1913, and he also helped organize preliminary world conference that gathered in Geneva in August 1920. Nikolaj Velimirović (1881–1956) was one of the most influential Serbian Orthodox thinkers and theologians in the 20th century. During his service as an orthodox theologian, Velimirović was working on supporting Christian unity. He established close connections to some Anglican and Catholic hierarchs, as well as to the representatives of other Churches. One of his friends and cooperators was R. Gardiner. Some letters of the correspondence between Velimirović and Gardiner can be found in WCC Archives in Geneva (Box 23.0.006). This correspondence took place between 1917 and 1922. In these material one can find some useful information for the study of life and work of Nicholai Velimirović, especially information regarding his participation in interChristian dialogue and regarding his contribution to the labour of international Ecumenical bodies. The earliest of these letters is Velimirović’s cablegram to Gardiner from July 21st 1917, regarding invitation of the Russian and Roman Catholic Church to take part in forthcoming World Conference on Faith and Order. Gardiner quoted that cablegram in a letter to John R. Mott, and also to some other relevant personalities. Another one is a letter which Velimirović sent to Gardiner on March 16th 1921, during his second visit to US, regarding their meeting. Gardiner later sent a letter to Velimirović on December 22nd in 1921, informing him that he met Velimirović’s friend Derocco, who arrived to US. The last letter preserved in WCC Archives, Box 23.0.006, is the one that Velimirović sent to Gardiner from Jerusalem, on May 12th 1922. In this last letter one can find Velimirović’s recommendation for Bishop Panteleimon of Jerusalem, who soon after that went to US and participated in the inter-Christian gatherings.