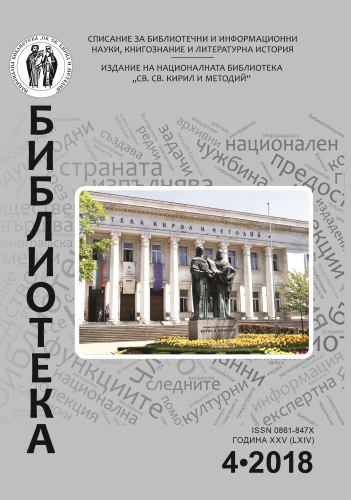 Summary/Abstract: Contrary to the notion about the domination of the traditional “peasant” theme in Bulgarian literature, the research offered here highlights the significance of the link between poetry and an urban milieu. A curious notice is discussed of the intended public action by a group of young poets from the start of the 20th century who were preparing to blow the sleeping community by hanging themselves from the electric posts along the Tsar Osvoboditel Boulevard in Sofia. The public scandal however fails to take place. The article examines this aborted action and seeks the genesis of a Dadaistic act “in advance” in the ideas of the young Symbolist poets. The traces lead toward the age-old theme of the suicidal poet which, for the Zveno circle, is peculiarly current in Georgi Mihaylov’s translations of Francois Villon’s ballads. The theme of the modernity in the growing capital city and in the work of urban poets unveils a beyond-Bulgarian “double bottom” of our Bulgarian literature and the assimilation of the topics of world literature.