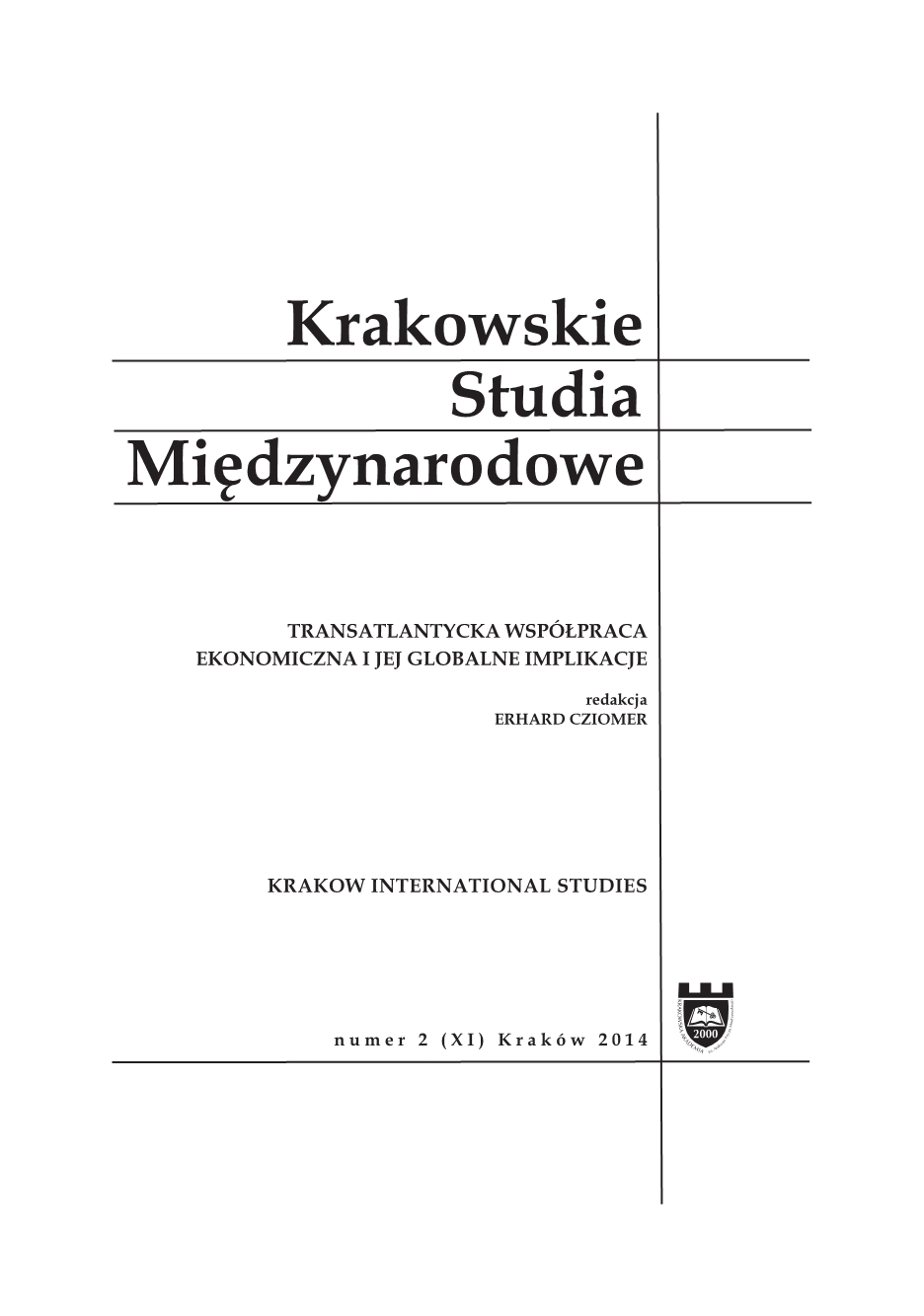 Summary/Abstract: United States and the European Union are the two main centers of the world economy. Both of these centers are each important trading partners in the field of trade in goods and services, capital flows in the form of foreign direct investment. The European Union’s relations with the United States there is both collaboration and competition. Despite the emerging tensions or even conflicts in the relationship both partners are allies and have a decisive impact on the liberalization of world trade, the ongoing process of the GATT/WTO. As part of strengthening transatlantic cooperation created a number of institutions and mechanisms to facilitate and support economic cooperation and signed a number of additional agreements affecting trade in mutual, for example, in terms of mutual recognition agreements, aimed at eliminating technical barriers to trade in goods. A negotiated agreement between the two largest economies on a free trade zone may constitute a turning point in transatlantic relations.