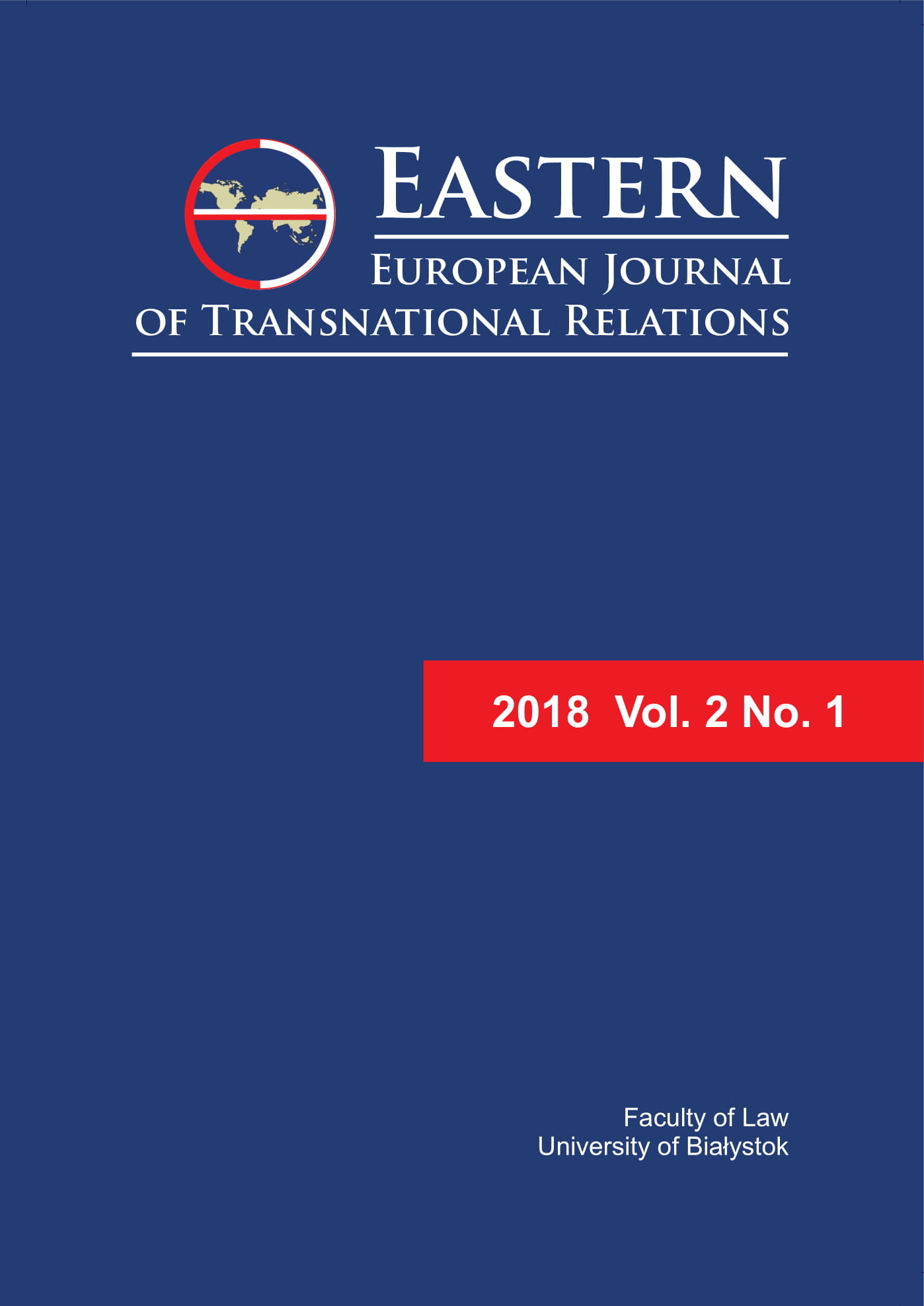 Summary/Abstract: The purpose of the article is to present the specific relationship between the EU, which is a unique international organisation, and its Member States, which are the source of integration and, paradoxically, its natural limit. The article contains an analysis of provisional measures imposed on Poland by the Court of Justice of the European Union (CJEU) as an example of a judicial and autonomous control mechanism concerning Member States and their obligations under EU law. Case European Commission v. Poland (2017) serves as a central element of the considerations. On 27 July 2017, the CJEU imposed a temporary injunction against logging in the Polish Bialowieza Forest, a UNESCO World Heritage Site and the last old-growth forest in Europe, while the case is being tried with the final Court decision expected in December 2017. Nevertheless, the Polish minister of the environment said on 31 July that the Polish government will ignore the ruling and that the logging will continue in tune with the “protective measures” for the forest, since the Bialowieza Forest seems to be under attack from the Spruce Bark Beetle. This species of beetle is a pest which colonises primarily spruce trees (Ips typographus for the lovers of the Latin language). The assumption made in the article is that provisional measures (applied under EU procedural law) have dogmatic roots in the tradition of civil proceedings in Member States. What is involved here are national procedures aimed at securing a claim in certain circumstances which establish a prima facie case on the inefficiency of the future decision. The specificity of provisional measures results from the specificity of EU law, which, in order to be effective, requires a judicial review. Provisional measures are one of the tools to guarantee its effectiveness. Despite relatively strict conditions for the applicability of provisional measures by the CJEU, they can help ensure effectiveness of UE law. The measures imposed to stop the destruction of the Białowieża Forest can be an example here.