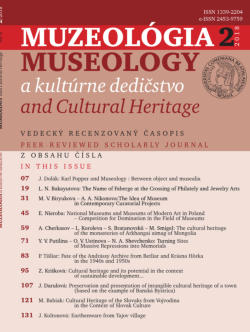 Summary/Abstract: The article deals with Christian-pagan sacred places and Caucasus traditions in the 19th century. The authors pay attention to the structure of the pagan temples and their characteristic regional features, and they study the traditions and the role of the local clergy in the life of society.Materials of personal origin (memoirs and diary entries) of emissaries, scouts and travellers in the 19th century were used as sources in the research. These materials allow us to get an idea about the structure of the temples and ceremonies that were held around them. In addition, materials of archaeological research, as well as modern scientific publications, were used for this study. In solving research problems, both general scientific methods (analysis and synthesis, concretization, generalization) as well as traditional methods of historical analysis were applied. The work uses the historical-situational method, which involves the study of historical facts in the context of the studied era in conjunction with “neighbouring” events and facts. The application of this method allowed the authors to understand the role of the pagan temples and their priests in preparation of the highlanders to assault their neighbours.In conclusion, the authors note that pagan temples were built in many parts of the Caucasus region: in Circassia, Abkhazia, Georgia, and Ossetia. However, until the end of the 19th century, they remained only in the most remote and impassable parts of the mountainous regions. The reasons for this were the enormous social upheaval in the Caucasus, the civil war in Circassia and the religious persecution of the old Christian-pagan clergy.