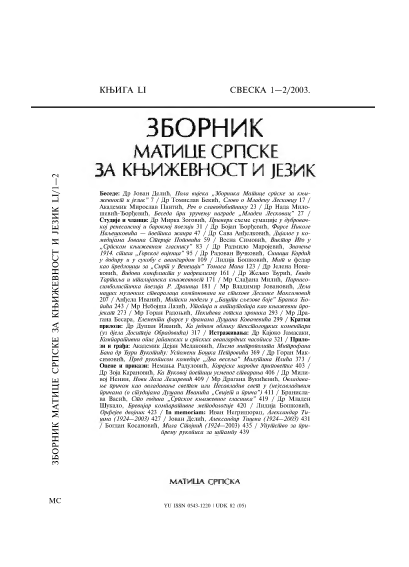 Summary/Abstract: Utopia and anti-utopia have been discussed at length in philosophy, sociology, history and other related disciplines, but literature has not studied the nature of their relation so much. As one of the starting postulates, we adopted Northorp Frye’s wellknown opinion according to which Utopia is „a speculative myth”. Chronology of the development of the myth about (anti)utopia is obvious: Utopia precedes anti-utopia and by its appearance influences the creation of the anti-utopian response. The original anti-utopias — even according to their etymology — direct us toward space as one of the basic categories of physical world. Therefore the greatest number of (anti)utopias is located in the geometrically restricted space, most often in a town or an island. In a diachronic string, the paper follows the development of thoughts about the Utopian, i. e. anti-utopian elements in the society, literature and art. At the very beginning of the deliberation about this issue, there is Plato with his doctrine about the world of ideas and the world of reality. On the basis of these researches, one could come to only one conclusion: utopian and anti-utopian literature are just two poles of one and the same literary phenomenon.