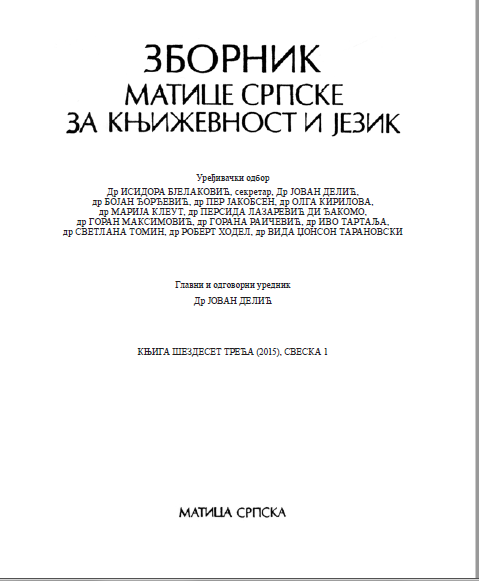 Summary/Abstract: Borislav Pekic in his novel The Golden Fleece transforms and modernizes the ancient Greek myth about Jason and Argonauts and their search for the Golden Fleece. The search for this mystical symbol across the vast space between East and West, between Europe and Asia, carried out by the family Njegovan lasts for centuries and ends as a failure. The symmetry, as one of the most important characteristics of the space, is used by Pekic to contrast the spaces of myth and history, Oriental and European spaces, private and public spaces. Literary heroes of Borislav Pekic, one after another, realize that their lives are possible only if lived in the plain of anti-utopia of everyday life, while utopia remains a project only possible in the space of myth and art.