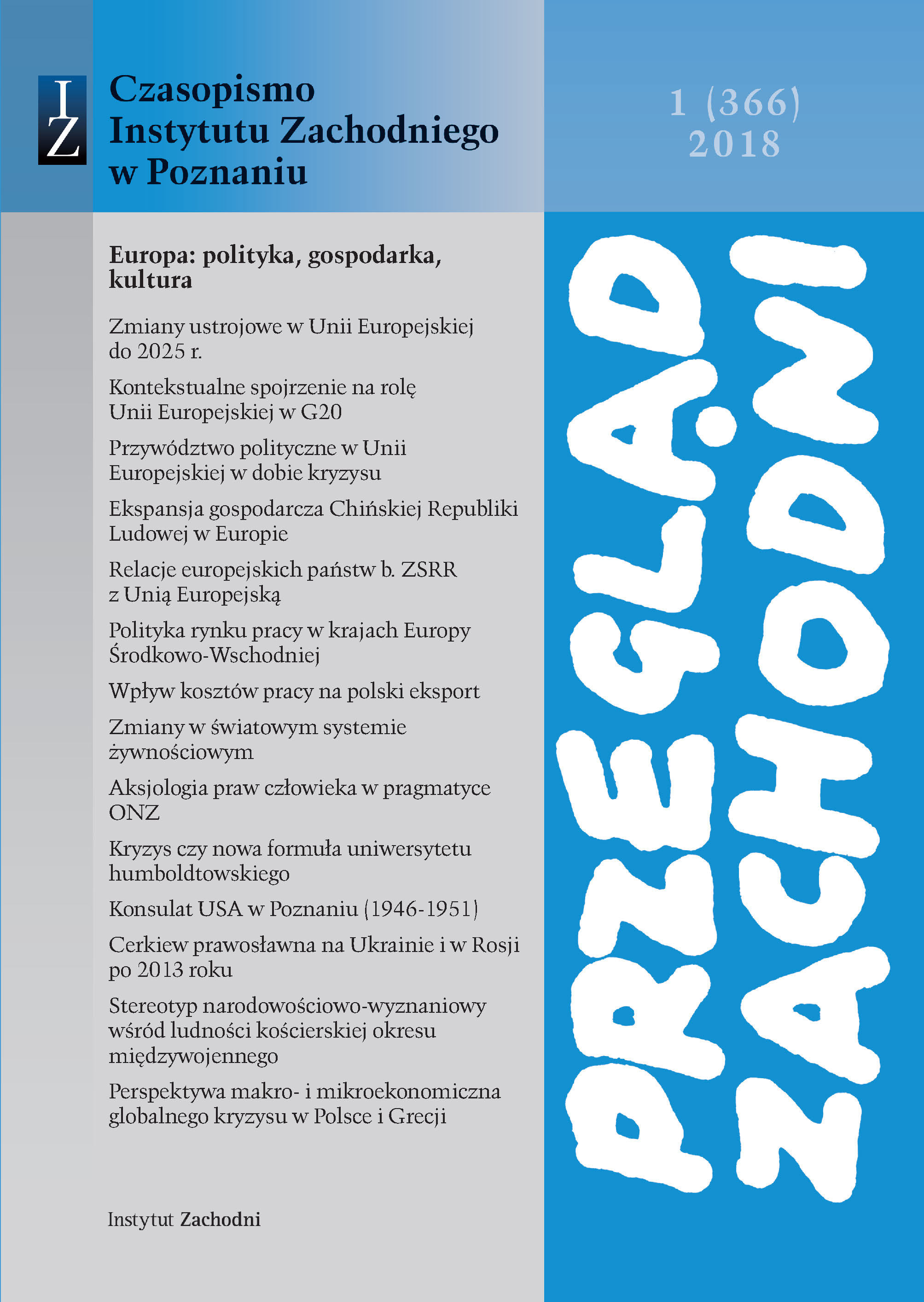 Summary/Abstract: The author shows that the weakness of the EU economic units results not only from treaty provisions, but also from the staffing of the most important EU positions. According to the author, there are twocenters which compete for the title of the European leadership. One is the political leaders who stand atthe forefront of the EU (the leadership of the European Council and the High Representative of the Unionfor Foreign Affairs and Security Policy as well as European Commission Leadership). The other center isassociated with financial leadership in Europe, headed by the political leaders of Germany and France.When looking for the causes of difficulty in creating European leadership, the author first of all points tothe lack of the EU’s own identity.