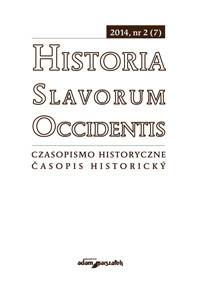 Summary/Abstract: The paper provides an overview of mostly nineteenth-century concepts of nation and state, juxtaposed with sociological theories. It begins with the definitions of the basic concepts and their relations, along with the change in their meaning over time. The author presents also the origins, development of the Polish nation and state, comparing the description with sociological theories. Next, the Enlightenment, Romantic and positivist concepts of nation and state were presented together with views prevailing in particular currents of the Polish socio-political thought. According to the author, the idea of nation and state gradually crystallised in the Polish political thought, to take on suggestibility and become an essential component of social life, albeit this process occurred in a variety of ideological milieux, with its culminating phase at different points in history. The author emphasised the polymorphism of the idea of nation and state as well as a variety of contexts in which they may occur.