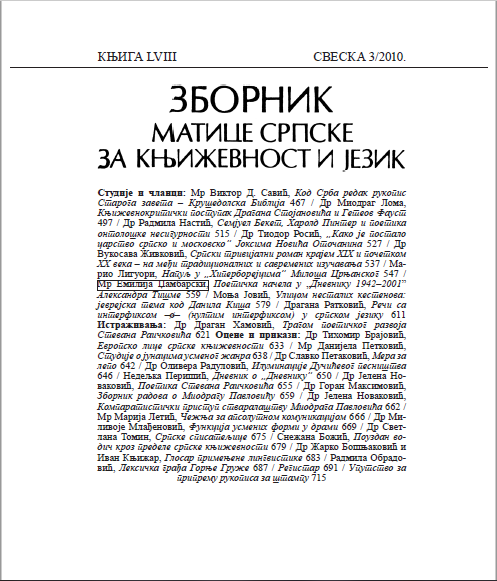 Summary/Abstract: The Krušedol Bible was copied in the third quarter of the 16th century. Apart from Serbian Church Slavonic, the manuscript demonstrates vernacular and Bulgarian Church Slavonic elements. The manuscript is the work of several scribes and it stands out as one of the most serious Serbian scribal undertakings of the time. The Krušedol Bible is among the rare South Slavic monuments consisting of an Octateuch and a Tetrabasileion, and is the only miscellany of this kind now kept in the former Yugoslav parts. Only this monument deserved to be tentatively entered as a ’Bible’ in Bogdanović’s Inventory of Cyrillic Manuscripts in Yugoslavia (11th-17h Centuries). The text of the Krušedol Bible naturally differs from the Paroimiarion and parallelly exhibits certain similarities to the more complete Old Testament monuments preserved from the later times.